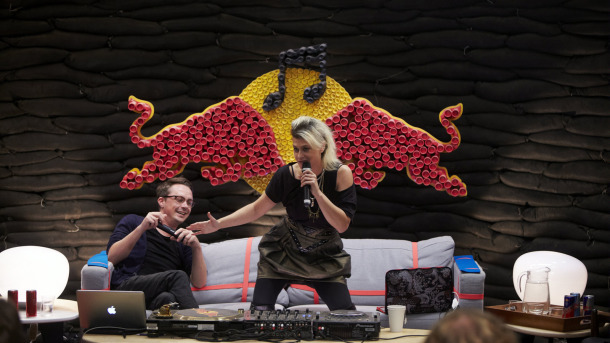 Just over 3 weeks to apply for the Red Bull Music Academy 2012, hosted in the city that never sleeps; New York.

There is just over 3 Weeks until the end of the Application Phase of this year’s Red Bull Music Academy (RBMA) in New York and we need you to spread the word.

Having traversed the globe with previous stops including Berlin, Toronto, London, Madrid, Melbourne, and Cape Town among others, the Red Bull Music Academy is excited to be landing in New York for 2012. Music makers of all styles, methodologies and levels of experience are invited to apply until April 2, 2012, for what will be a once in a lifetime opportunity.

One of the most iconic cities on the planet, NYC has been immortalized in the pantheon of music – incubating genres like hip hop, disco, house, bop, no-wave, and post-punk among others. NYC is inspiration central: a place where people from all nations collide, bringing music, culture, and attitude with them. Music is everywhere, from cars cruising the block banging hip hop mix shows to the indie rock stars of tomorrow mashing drums in East Village practice spaces. Boomboxes blasting Willie Colón soundtrack outdoor domino games, and hipster troubadours play fiddles in the subway while kids shout the words to the latest A$AP Rocky single down the train aisles. After all, nothing’s equivalent to the New York state of mind.

The Red Bull Music Academy is excited to become part of this sonic kaleidoscope this year. From September 30 through November 2, 2012, the world-travelling music lab and festival will set up shop in the city for five weeks’ worth of workshops, concerts, club nights, and all-round musical extravaganzas held all across the boroughs, held over two terms.

Past South African Red Bull Music Academy Alumni include Black Coffee, Thibo Tazz, Culoe du Song and Jullian Gomes who are all thriving in their respective genres of music.

We’d like you to pass the message along and get anyone you know in the music business to apply. Please add the e-signature picture as below onto your email signature and lets get some quality applications out of SA to ‘The Big Apple’!

For all information, FAQs and to download the application form, click on the website: www.redbullmusicacademy.com. For more information to do with the Red Bull Music Academy South African Mr. X Network (a group of hand picked individuals ready to help, guide and facilitate the process involved in applying for the Red Bull Music Academy) as well as points around South Africa where you can drop off your application to be sent off to the Academy Team in Germany, check out the Red Bull Studio Cape Town website – www.redbullstudio.co.za.

We urge you to apply for the academy, to represent South Africa and the talent that we have here!

Check out this nifty video on how to apply: