Posted on January 18 2013
by dirtyoldman 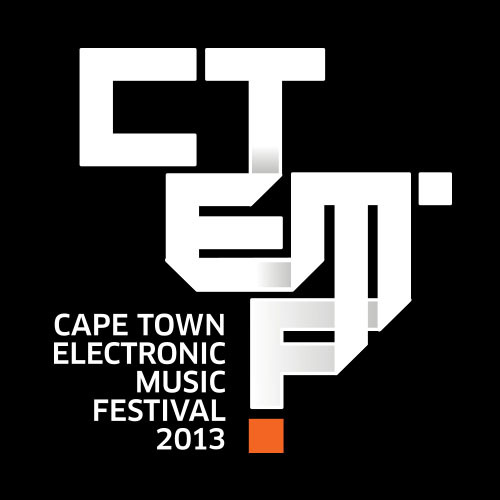 “The Cape Town Electronic Music Festival was a defining moment for the local electronic music scene, now clearly marked on the international map but more importantly in the hearts and minds of its South African followers.” – Whatsonincapetown.co.za,  April 2012

Now one year on, the CTEMF proudly reopens it window onto the ever-growing world of South Africa’s electronic music scene

Once again we reach back to the roots of how it all started, and discover what continues to inspire. Who has progressed and why and who are the names to watch. Which global artists shape trends in South Africa and more importantly who are the South African artists that are shaping trends globally.

2013 sees CTEMF proudly welcoming its first International guest, non other than Richie Hawtin. As one of the initial role players in the global Techno movement in early 90’s, he has continued to be a driving force both on and off stage, positioning him currently as number 2 Artist in Resident Advisor’s 2012 DJ poll.

Locally, CTEMF will once again present a selection of the absolute cream of the crop of our Electronic Music Scene. From scene originators and business leaders to the up & coming mavericks and industry revolutionaries.

There is no other festival like it in South Africa. It’s an ongoing, comprehensive collection and celebration of the ever-growing electronic music scene both locally and abroad. The CTEMF continues to strive for an inclusive view of the scene around it – Past, Present & Future.

Once again you are invited to rearrange your sonic geography. 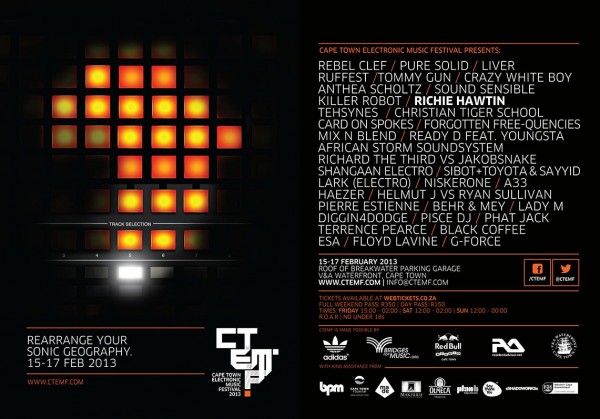