Posted on March 2 2012
by dirtyoldman 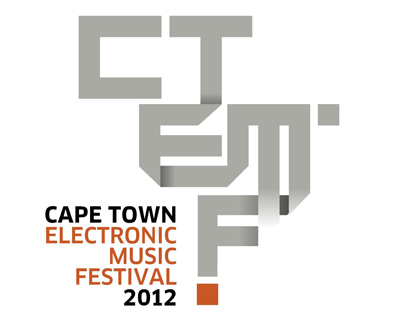 CTEMF is less than a month away and today ther 3rd round of artists has been announced. The line-up will feature some of the countries most prolific producers and DJs as well as talks by industry leaders. Check out the Facebook page for more info.

Today brings the release of the 3rd wave of CTEMF information. A great cross spectrum of genre’s, some of SA’s heavyweights and icons in the making, to those redefining the frontier of the business of music, its just as packed full of world class musical talents and industry leaders as the previous announcements. •

B TEAM Long time friends and collaborators, JakobSnake and Plaigarhythm bond together to form the potent DJ outfit of BTEAM. They are well know for their technical skill, musical versatility, eclectic tastes and sense of humour in an otherwise very serious industry.

• Blush n Bass The female duo have risen to fame in the club scenes of SA, providing the perfect role-models to any female DJ’s getting in the game today with all their passion and emphasis for music and their performance.

• Dean Fuel A solid reputation and loyal following has put him at the forefront of the South African Dance Scene. Dean has spent many years perfecting and honing his craft as a DJ and Producer.

• Felix Laband One of the original pioneers of Electronica, Felix needs no introduction to most and has always pushed the envelope in every sense of his career. An inspiration for newcomers and legends alike

• Hyphen & SFR Having played alongside one another separately for many years, and having spearheaded the rise of DnB in SA, The merging of Hyphen & SFR seems almost like destiny and the two have blazed a trail of Dance-floor mayhem over the past few years.

• PH Fat The 3 man Glitch-Hop juggernaut have risen to idol status in the last 2 years. Everywhere they play, crowds Rap lyrics back to them almost louder than they themselves can muster and explode to their break-neck beats.

We are privileged to be able to announce the next trio of knowledgeable individuals to join the program of workshops & info-sessions: