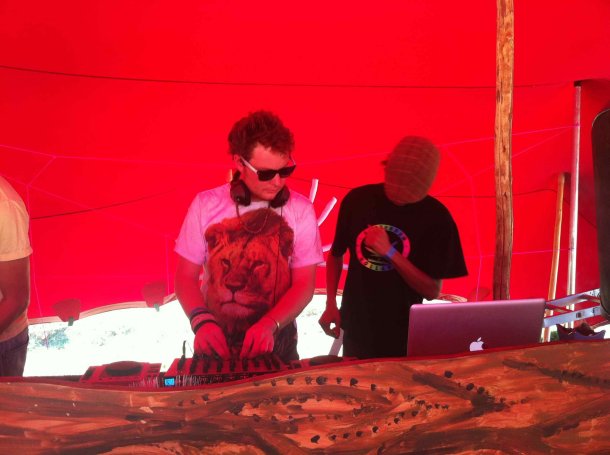 Reading his biography online, and meeting the man in person it is clear to see the enthusiasm and humility that drives Alex Coetzee AKA Lex Orbit. His open-minded, organic view to a genre, which is so electronically bound, is as refreshing as it is original.

He began his early years as a Hip-hop producer, providing beats to those around him for the progression of their craft, while at the same time furthering his own knowledge and skill-set. It becomes more apparent as one sifts through his journey to Techno and House music that this fact is paramount in his pursuit to become a viable, working artist. Lex thrives on collaboration and human interaction through his music and the personal relationships he nurtures. After a brief hiatus from “the scene” during an isolated 2-year sabbatical in the Cape Mountains, on a small farm in Tulbagh, Lex returned with a renewed vigour, further confidence and knowledge in his own skills and unique sound as a producer. He has teamed up with many friends to create a sonic atmosphere, which excites and drives him.

His understanding of the European, and more specifically German roots of Techno, as well as his rich and proud South African heritage have amalgamated to form a warm, thick blend of 4 to the floor House and Techno blend to which Lex is becoming the master. Having worked alongside many talented producers and DJs to date, Releasing the “Clutch EP” on local label Sleepwalker Records, Lex has now formed strong musical companionship with South African Red Bull Music Academy Entrant for 2011 – Behrellips. A chef by day, a trained Sound engineer and boundlessly enthusiastic human, Lex has wonderfully eclectic path set in front of him, and his personality is such that he will welcome all the twists with open-arms, understanding and passion.

His two offerings for Red Bull Studio include an Afro-infused, Techno track with fellow producer MoodyB and a more melodic, sundown-ready House tune.

Check them out here:

Lex Orbit – Away in a Stable by Red Bull Studio CT