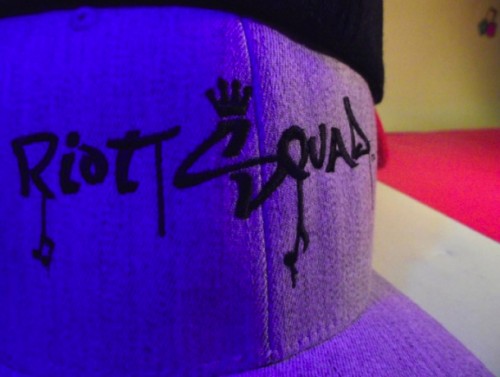 With the advancement of DJing technology over the past decade, these days, at least technically speaking, anyone can step up behind the booth and play music. Which is why it is important for up and coming artists to be able to produce their own music as this is what will set them apart from the thousands of other guys and girls out there who want to rise in the ranks to become a peak-set slayer.

Enter the Riot Squad: not only are they hungry and ambitious to become A-list DJs, but they can also produce a pretty mean tune. Its been said before that although big dancefloor songs are often slated as being throw-away, they’re often the hardest to produce, which is why we tip our hats to Mike Kelly and Kyle Maclean for the monster they produced at the studio. ‘Millenium’ is a gnarly, filthy, bass-face banger and we hope its a sign that these guys are on the up and up.