Under a month until RBMA Application Window Closes 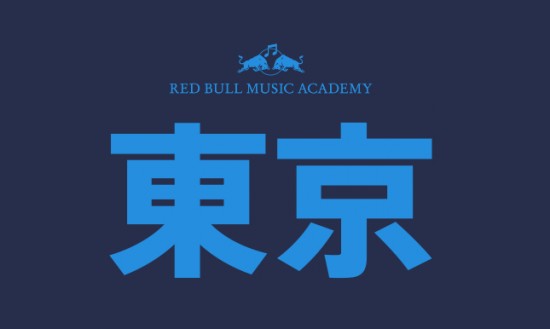 Intimate, interactive and informative, the workshops are rare opportunities to meet alumni of the Red Bull Music Academy experience, and receive advice and
tips on the comprehensive application process to attend the Academy.  Part of similar workshops in over 50 countries worldwide, they will be followed by after-dark performances by South African alumni of the Academy, with Black Coffee as the headline DJ.
The workshops will take place on the following dates :

Range of music styles
Since it was launched in 1998, 720 participants and around 550 lecturers have been part of the Red Bull Music Academy experience. Each year, the Red Bull Music Academy receives thousands of applications from a broad spectrum of music styles. While house and techno form a large percentage of the applications, some of the most high-profile attendees have been found among artists from a more live music-orientated background, as well as producers, engineers, instrumentalists, songwriters and arrangers.

Mr. X Network Reminder and contact details
Any questions that may need answering at this stage or for easy access to drop off your entry form, get a hold of one of the Mr. X network members in cities around S.A.

Past entrants / Participants and lecturers –
Get to know some of the people whose lives have been touched by the Red Bull Music Academy on its trip to Cape Town in 2003.
Blackcoffee, Chris Palmer, Shaheen Ariefdien & Ready D (Prophets of the City), Culoe de Song, Deep Sixty, Thabo Konopi AKA T-Man, Thibo Tazz, Fletcher & Roach (African Dope), Rude Boy Paul, Gerald F. Ribeiro AKA Sisco, Hugh Masekela, Jullian Gomes and Richard the Third.

Black Coffee – he now spends as much time touring the world as he does DJing back at home. One of his most legendary gigs was in the Red Bull Music Academy Lounge at Sonar in 2007, where he played the closing set as the sun went down and the revelry of the festival reached its peak.

Culoe De Song – At only 17 years of age, he was chosen to attend the Red Bull Music Academy in Barcelona in 2008. During the Academy his career was kicked into high-gear after two of his tracks were picked up by Innervisions, one of the most influential house and techno labels. Hitting big overseas before being ‘discovered’ in SA, Culoe De Song regularly releases music for Black Coffee’s Soulistic label, along with other labels; fast catching up to his mentor.

Richard the Third – since attending the Academy in 2004, he has thrived as a prolific producer of Dubstep.  Now a regular DJ at some of the country’s best clubs, Richard is part of the DJ duo Biscope (with his brother Twelv), has toured the USA, Europe and South America; and more recently produced Spoek Mathambo’s successful debut album, as well as joining the red-hot Mshin Wam troupe.

Jullian Gomes – another example of the calibre of talent emerging from Red Bull Music Academy, he has been asked to perform at the Sonar festival in Barcelona this June.

All applicants will be notified by June 24 whether their application was successful or not. For all successful applicants, all workshops and sessions are free (and open only to selected participants). The Red Bull Music Academy also covers the flight and accommodation costs.
The Academy doesn’t give out certificates or sponsor artists. It’s not about getting ‘discovered’ by a record label either, or ‘learn’ how to make it in the industry. We offer you a unique experience filled with the inspiration you need to keep making the music that moves you, one you’re likely to never forget.
Red Bull generally has no interest in using any of your music created at the Academy to any other than RBMA matters, and doesn’t obtain copyrights to any of your work. Creativity is the only currency here, music what we live and stand for.