Posted on February 23 2011
by Richard the Third 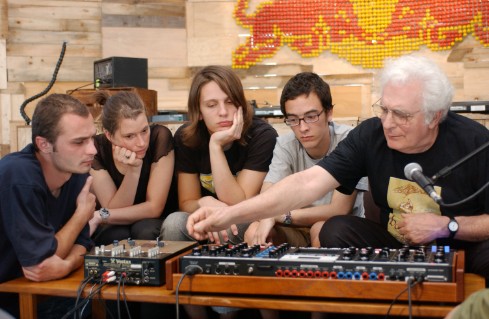 South African producers, instrumentalists, vocalists, and DJs are invited to bring their skills to the Red Bull Music Academy, an annual platform for those who shape our musical future. Having circumnavigated the globe, with previous sessions in Barcelona, Cape Town, Toronto, Sao Paulo, London and Melbourne, the Academy will touch down this year in Tokyo between October and November. Previous Red Bull Music Academy alumni include Black Coffee, a pioneer of soulful South African house, Warp’s beat cruncher Hudson Mohawke, Brainfeeder head Flying Lotus and idiosyncratic Turkish singer Ahu.

To get into this year’s RBMA, applicants must complete the application form at www.redbullmusicacademy.com, and put together a music demo. But you don’t have to do it alone. Red Bull Studio Cape Town are ready to help with application forms and Music Academy alumni will be offering tips and guidance from the Red Bull Studio website, MXit and Facebook. A series of Red Bull Music Academy workshops will also take place in March 2011 to provide more info about the experience, followed by live performances by South African artists. To get directions to Red Bull Studio click here.

A jury made up of label heads, music journalists and Academy team members will ultimately choose two groups of 30 to represent SA’s broad range of music styles from singer-songwriters to DIY synth designers to orchestral composers to digital beat makers. 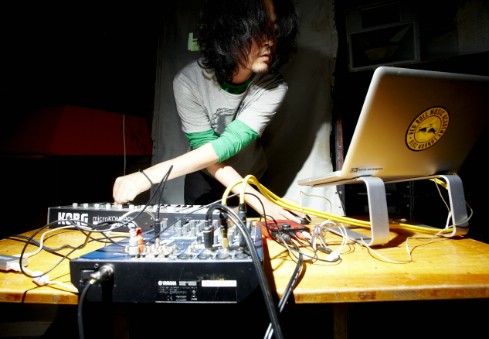 The Experience
Taking place over two fortnight-long ‘terms’ (October 23 – November 4, 2011 and November 13 – November 25, 2011), the academy will give selected participants the opportunity to hear lectures from mavericks that have paved the way, and the emerging talents of the present, followed by late night recording sessions. The Academy also includes the opportunity to perform in some of the host city’s most iconic clubs and concert halls.

Every day, two guests settle on the Academy’s infamous lecture couch to spill the beans on production topics and music history, and answer questions from the emerging music makers in the audience. Last year’s edition in London saw the likes of Detroit legend Moodymann speaking the KDJ gospel, and the Billboard’s favourite cityboy Mark Ronson explaining the roots of his sound. There were insights into sound from rap enigma Jay Electronica and American minimalist pioneer Steve Reich alike, while Henrik Schwarz and Bugge Wesseltoft broke down their visionary approach to jazz and house. Electronic originator Cosey Fanni Tutti gave insights into her synthesis sources, while German mischief-makers Modeselektor crossed techno and hip hop borderlines in an impromptu live session in the lecture hall. 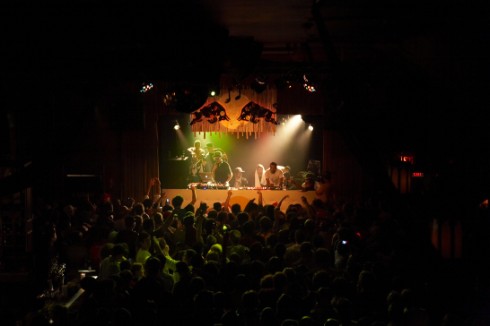 Tokyo – nothing like it
The host city this year will provide plenty of inspiration in the Academy’s custom-built recording studios. As one of the world’s most celebrated cities, Tokyo is an urban jungle of cinematic scope, where reminders of old Edo crouch at the feet of skyscrapers. Glittering concert venues host a constant catalogue of the world’s great jazz, funk and post-rock legends; while dancehall, garage rock, disco, psychedelic and all kinds of electronic music have sprouted influential mutations.

Japan is home to the collision of music and technology: first in the work of electronic composers like Isao Tomita and YMO, and then popularisation equipment ranging from Korg synths, Roland drum machines, Akai samplers and Pioneer mixers to the good old Walkman and, more recently, the Tenori-on.

The Red Bull Music Academy also host an online radio station and have recently hosted 5 live-recorded sets from The Red Bull Studio Live at Rocking the Daisies last year, which includes a set from Deep Sixty who attended the Academy last year. Showcasing an overview of just about every DJ and electronic music maker that South Africa has to offer, across all genres,  the stage left an indelible impression on the several thousand revelers who partook in the three days of ultra-sonic celebtration.

So have a listen to the sets on the RBMA player below. These artists cover the very best of local beats and treats for the ears and we hope that this is a landmark for future festivals to come.

Red Bull Studio Sessions 2 Launch
P.H.Fat get down like animals!