Posted on February 10 2011
by dirtyoldman 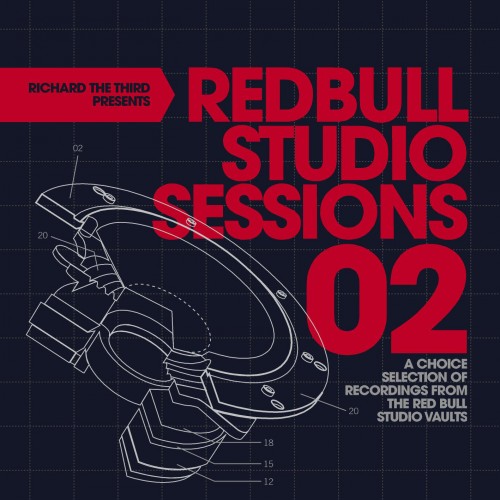 2010 was the year the Red Bull Studio in Cape Town got its swagger. Helping produce the internationally acclaimed debut by Spoek Mathambo, ‘Mshini Wam’, hosting Ill Skillz now legendary “Skillz that Pay the Billz” 24 hour music project and the discovery of the electronic musical genius of mild-mannered Oltak are but a few examples of the studio’s prolific output.

Red Bull Studio Sessions 2 sees mad-cap musical maestro Richard the Third at the controls, weaving a seamless blend of tracks covering every genre under the sun and exposing exposing the eclectic fruits of the studio’s labour.

From the dubbed-out, electronic-infused stylings of 7FT Soundsystem to the sultry downtempo beauty of Soft Touch Operation, Johannesburgs rap infused breakbeat warriors Twelv & Thesis and Cape Town’s bluesy rock explosion, Machineri, the mix contains sounds from all the musical minds who have helped make the studio what it is.

To commemorate the release of the Red Bull Studio Sessions 02, we’ve gathered up the cream of the crop from the Red Bull Studio stock to showcase the sounds in an all night, mash-up of epic proportions at Discotheque at the Assembly. Let Richard the Third and the likes of Jam Jarr, Audiophile021, Zim Dollar Bill and many more take you on a 7 hour musical romp.

500 lucky people will walk away with their own copy of the limited edition CD!

Until then check out the full mix on our Soundcloud and Facebook for more details :
Red Bull Studio Sessions 02 presented by Richard the Third by Red Bull Studio CT