Posted on November 5 2009
by Richard the Third 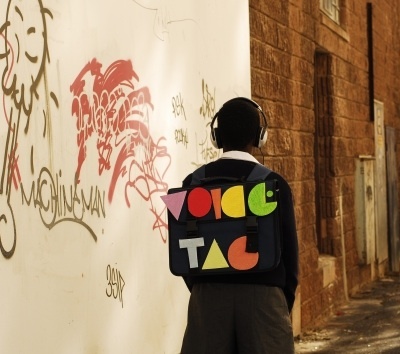 Although there are a considerable amount of Electronica music makers of distinction around South Africa, particularly in Pretoria and Joburg, for a long time Cape Town was considered the hub of it all. Reason being it was the hometown of African Dope Records and the wave of glitchy, beautiful and, in some cases, hip-hop influenced music by the likes of Felix La Band, Waddy Jones and his various projects, the Considerate Builder’s Scheme and of course the almighty Real Estate Agents. Cape Town is still home to these artists, but it’s been awhile since we’ve heard that distinct low-slung, glitched-out sound coming from them.

No matter, because there are a new breed of sonic perverts who’ve taken the baton from the likes of Si, Markus and Waddy in pushing the low-down, dark and quirky sound we’ve come to call glitch-hop or hiptronica. Most notable of these are P.H.fat and Dank who really deserve their own posts here and hopefully I’ll get to that one day.

Rather I’m gonna be sharing some music from a smaller project (as of the time being) which features production by Disco Israel from P.H.fat, and rhymes from two of the mother city’s busiest boys, Fuzzy Slippers and Jake Lipmann. The project in question is the brainchild of these two muppets and is called Voicetag. Although a lot of their music is experimentations in beat-box KAOS pad sampling, the track below is just mad glitch-hoptronica brilliance.

So here’s a roundup. First up a selection of tracks from Mr. Oizo who is arguably one of the central influences of the Cape Two scene with his seminal Analogue Worms attack setting the tone. Then a DJ mix from Warp’s Hudson Mohawke, one of the most innovative beat makers around. Lastly a live set from Daedelus whose cut-n-past, glitch-core sound has seen him become one of Ninja Tunes most successful artists over the past years.

Don Diablo is never too late!
Popskarr is here Tonight (and wants you to remix ‘em!)