Popskarr is here Tonight (and wants you to remix ‘em!)

Posted on November 5 2009
by dirtyoldman 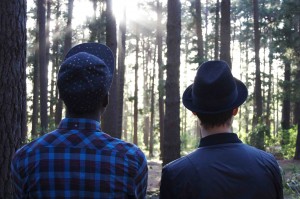 Popskarr are Cape Towns’ newest “Electro/Pop/Disco/Experimental/AfroPop/Epic” group consisting of chronic remixer Lapse and Angolan/Congolese/Belgium born singer IAmWaves. They have decided to inject their music with some soul. Their first single from their upcoming album is called Tonight and they were kind enough to offer it as a free download along with a remix by Mr. Vega! They have also decided to have a remix competition, with the winner being featured on their MySpace page and possibly on the album as well! Expect a full artist bio soon, but in the mean time grab the tracks below.

The track is dominated by a simple arp and kick + snare combo that create space for spacey pads and very soulful vocals. A beautiful slow-burner, that grows on you more and more after each listen.

This remix takes the track in a whole new direction. Think nu-italo disco, complete with claps and a fast arp. In the background you hear a synth that seems like it’s take straight from a horror film. Mr. Vega takes the track from a slow, smooth soulful number and ups the tempo, yet somehow IAmWaves’ vocals seem to allow the soul to remain.

These are the separates for the remix competition. Send your submissions to popskarr@gmail.com