Don Diablo is never too late!

Posted on November 3 2009
by dirtyoldman 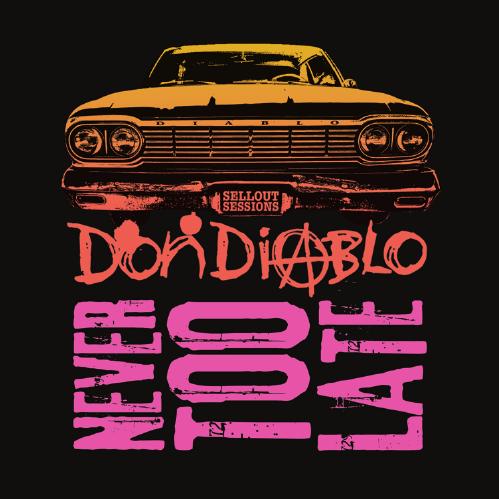 Our favourite Dutch dude Don Diablo is getting ready to release a digital E.P. at the end of November and an album (Life is a Festival) soon thereafter. As a taste of things to come, we have been sent the track ‘Never Too Late’, a remix by Mason and a fun little bootleg of his track ‘Too Cool for School’ called ‘Too Cool for Amsterdam Bitch’ by Hugo van Dyck! Not only that but you can get a free, digital copy of his album 6 weeks prior to its release. All you gotta do is visit www.dondiablo.com/freestuff! I may be wrong but it seems that ‘Never Too Late’ was released back in 2006 in the Netherlands as ‘Never Too Late (to Die)’ along with the Mason and Jark Prongo remixes to be featured on the E.P. Either way grab the tracks below!

‘Never too Late’ is a very dance-rock  influenced track that features funky guitar stabs, with deep pads and vocals reminding us that it’s never too late (to do a whole bunch of things).

The Mason remix takes the track towards a more electro direction, with a fidgety synth in the front and some killer drum-programming, that make this track that much more fun(ky). This one should work really well on the dancefloor.

This really rad bootleg is a fun little take on his track ‘Too Cool for School’ with the hook ‘I’m in Amsterdam Bitch’ an obvious reference to the LMFAO track ‘I’m in Miami Bitch’. Fun and bouncy!