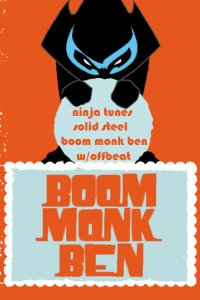 Where: Go-Go Bar, Corner Henry Nxumalo and Bree (under the M1 Highway)

I like music. It tickles the soul like a puppy licking your feet while you sleep on the couch. Stupid dog. I play this music to lots of dancing people. Sometimes I play it to few dancing people but they’re dancing all the same. I have been known to cart my heavy box of records all over town. Mine and yours. It used to hurt my shoulder but not so much anymore as I use Serato and carrying a laptop ain’t no thang. I carry my dainty little laptop case and ginger Serato control records into Art School, Sub Club and Ivy in Glasgow on the regular. Many people have been captivated by my dazzling array of track suit tops but better yet they’ve seen fit to ask me to wear them while playing my favourite songs to pretty girls in exotic locations. Recent months have seen my passport stamped at Fiction Bar in Cape Town, Divan Du Monde in Paris, Funk & Beyond in Moscow, Public Service Festival in Copenhagen, Scratch in Gothenburg, Cafe Leopold in Vienna, Arkestra Soulsystem in Vigo, Urbarritmo in Zaragoza, Sub Sub in Ljubljana, Lake Of Stars Festival on Lake Malawi, Rockness 2008 in Inverness, The Big Chill Festival 2008, Bestival 2007 & 2008 on the Isle of Wight, Connect Festival 2008 in Inverary, Illectricity in Zagreb, Keep Up, Cargo and Plan B in London, Djangos Riff in Liverpool, Wall Of Balls in Sheffield, La Musique in Derry, Native and The Tube in Bristol, Edinburgh’s Cabaret Voltaire, New Bohemia in Leeds, World Headquarters in Newcastle, Snafu in Aberdeen, The Marisco Night Club in Woolacombe, Stiff Kitten and Radio K in Belfast, Buffalo Bar in Cardiff, Monkey Cafe in Swansea and the VIP opening of the Middlesbrough Institute Of Modern Art . This year sees me with another ever filling diary so sneakers at the ready cos I’m coming to your town soon!

I’m lucky enough to have found favour with Ninja Tune’s Solid Steel crew and have had many a 3 deck Boom Monk work out aired on their weekly radio show. It’s broadcast in 30 countries worldwide as well as on the old information super highway so get listening. In 2006 I kicked the arse out of Mr Scruff, Kid Koala, MANDY, James Holden, Cut Chemist, DJ Format, Hexstatic and the rest as the label and the show’s listeners voted me runner up in their ‘Best Of 2006’ Poll. I was only beaten by cut n paste in your face legend Steinski but he used Ableton for his and we all know that’s cheating. In 2007 I came in 3rd which is not bad at all. In 2008 I had the honour of being made an official Solid Steel and Ninja Tune DJ. Watch out Strictly Kev. I’m coming for ya! I also stutter confused one way dialogue into a microphone while showing off my latest white labels on behalf of budding maverick broadcasters Subcity Radio and Radio Magnetic.

It’s fun and not quite a real job. Beat that for a living.