A look at Moxyland: The Soundtrack 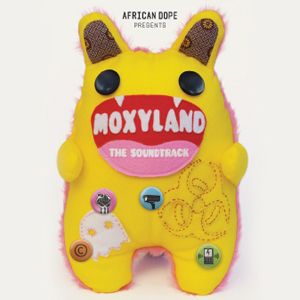 It’s about damn time that local books started getting the publicity that they deserve. Honestly, if Bryce Courtney is a South African writer, then I’m part of Jamaica’s Cool Runnings bobsled team. Lauren Beukes is a pretty talented lady. She’s the chief writing force behind the award winning URBO: The Adventures of Pax Afrika, a featured columnist for Cape Town’s Big Issue and has also released an eye opening book called Maverick, dealing with some radical, both good and bad, women from South Africa’s past.

Moxyland, her first novel, centers around four young adults trying to get by in a dystopian Cape Town set in the near future. It’s Apartheid all over again, although this time the lines are drawn between economic classes rather than race.

Read all about the soundtrack after the jump!

It’s a gritty, darkly humorous look at corporate Big Brothers deciding our every move and will appeal to any kid who likes anything ranging from Palahniuk-esqe graphic descriptions to those who love the whodunit genre.

Moxyland is an enthusiasts dream; the launch was abuzz with fake protesters and evidence of sinister experiments, as well as awesome Moxyland toys. These toys are super sweet and the best thing about them is that R100 from each toy sale goes straight to the underprivileged women who make them. This makes me feel warm and fuzzy, just like the toys.

On the 7th of July, the official Moxyland soundtrack was released through African Dope, one of Cape Town and South Africa’s oldest and biggest driving forces behind electronic music. These guys were behind the totally rad Constructus Corporation double disc/graphic novel release, ‘The Ziggurat’, and also hosted one of the dopest acts around, The Real Estate Agents.

Beukes got together with Honey B of African Dope to compile the album and it fits with the novels uncanny sense of unease. Tracks range from the dark, noize assault of Jacob Israel, one of South Africa’s bright new stars on the scene, to Cape Town’s ever-popular rock machines, Taxi Violence.

After one listen, you can tell the soundtrack was put together with great care. Certain tracks like Mix n Blend’s ‘Beautiful’ (a fitting title if ever there was) and Mr Gelatine’s ‘Frank’ take you to another place. I can’t stress enough how keen I am to hear more of these two acts. I was also super stoked to hear two of Jacob Israel’s tracks on the release. This guy is incredibly talented and, except for two digital releases, I haven’t seen or heard of his tracks on anything but an SL or two.

As well as new tracks that are sure to cause a stir in clubs and studios around the country, crowd-pleasing favourites have been also been included on the soundtrack. These include my personal favorite version of ‘Super Evil’, The Real Estate Agents’ Pizzas Mix, Pug (Lagos Disco Machine) who’s track ‘Pornography’, was a favorite on African Dope’s awesome release, Cape of Good Dope, and African Dope founders, Krushed & Sorted whose track ‘King Of The Swingers’ is mixed by none other than Animal Chin of Homegrown and Counterstrike fame.

It’s pretty unfortunate, though, that when compiling a soundtrack, there are generally a few tracks that just don’t fit in quite as well as the others. For me this is Damn Right’s ‘Kreature’. It’s just nothing special and doesn’t flow with the book or album. This can also be said for Taxi Violence. Even though ‘Question X’ is an awesome song from an even more awesome album, it just doesn’t glue with the other more electronic tracks.

Besides the two above mentioned tracks, the album flows incredibly well. In fact I haven’t heard a compilation go down so well since Garden State. Don’t mention Juno. It sucks, okay?

The majority of tracks on this album haven’t been released before, so if you’re keen to get your hands on some of African Dope’s lesser known, but equally infectious gems then be sure to get yourself down to a store soon, word on the street is that it’s selling faster than koeksisters at a NG Kerk Bazaar.

Jason D over and out!