Catching Up With Paul Ressel 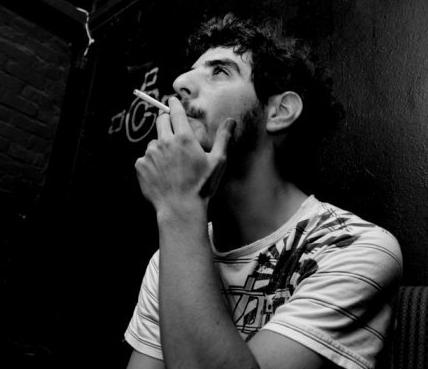 I heard about a new project that Paul Ressel (Humanizer, Lark) is involved in, it’s called Tungsten Bytet and is the culmination of him and Kyla Rose Smith (Freshly Ground, Kolo Novo Movie Band). So I decided to catch up with Paul and find out what has been happening with him since Lark decided to call it a day…

Read all about it, after the jump!

1. (electrotrash.co.za) Since Lark broke up, you have moved to London… What is your main focus over there?

(Paul Ressel) I’m focusing on furthering my career as a producer and getting into the live music scene here.

2. (et) Are you still making music under the Humanizer alias?
(PR) Yes, some of the tracks off my latest album are available up on Myspace (www.myspace.com/paulrez). The working title for the album is “panda” but they may change once it’s in distribution.

3. (et) With regards to Tungsten Bytet:
3a) (et) How did you and Kyla meet?
(PR) We met a few years back through mutual friends and we both had great hairstyles at the time so we decided to get together in the studio and see if we could translate that into music. Seriously though, we then worked on some of the Balkanology stuff together and Tungsten Bytet has been our pet project ever since.

3b) (et) What made you decide to produce music together?
(PR) It’s not often you click so well musically with someone and when you do you should follow where it leads. We have a very good mental space when we work and that allows us to do things that surprise even us sometimes.

3c) (et) You come from pretty different musical backgrounds, how does that complement the music you make?
(PR) Kyla is like a melodic machine and when we’re working on a violin part for a track she’s churning out these incredible lines and I’m literally sitting there going “that one, that one!” I write a lot of the beats on the fly and then go back later and work on the details. It works really well for us.

3d) (et) Where do you see Tungsten Bytet going?
(PR) The demo we’ve put out now is a demo in every sense of the word. Tungsten Bytet is ultimately a large scale project and something i want to perform with a full string section. I think our music is quite cinematic as well so there is scope to introduce integrated visual in our shows as well.

That being said, we are some time off from doing our first performance but it’s interesting to plan out what we want beforehand as opposed to the traditional band setup were you gig first and then refine as you go.

4) (et) Lastly, is it easier to be making music in the UK than back in SA?
(PR) I’ve only been here 2 weeks but the opportunities presented to me have already confirmed that i’ve made the right decision. the music industry is difficult anywhere, but the sheer scope of it in the UK is very exciting.

So why not head on down to the Tungsten Bytet Facebook group and give this new project a listen.

Thanks for your time Paul.

Daydream Nation @ The Assembly (CPT)
A look at Moxyland: The Soundtrack