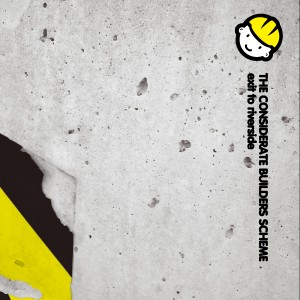 Better late than never, right? This is a case of massive procrastination! We recieved a review copy of Exit to Riverside soon after its release in 2006 and i’ve listened to and loved it since then, but didn’t get round to writing about it! Sorry Justin. RickDisco even imported the album from Germany ’cause it’s so awesome!
If you didn’t know that CBS is Justin from unit.r then i can only suggest a visit to the artist pages…

Most reviews focus on the hip-hop feel of the album, which comes from the glitchy-broken beats which show that Markus & Sibot aren’t the only cats in the Cape with some funk! Strings, guitar and synthesized sounds flow over the beats producing a sound that is both uplifting and relaxing. You can still buy copies of the album via import (what does that say about distribution in South Africa…) and i suggest you do cause it is a must have. <Like oh my god!>

Considerate Builders Scheme - Down Nine (1219) I had to put this track up just cause it sums the album quite nicely. Go on, give it a listen…