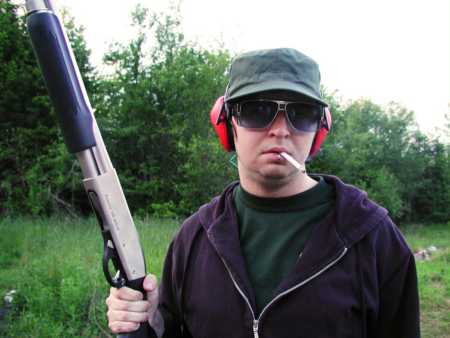 FOEM, a netlabel and talent pool is hosting an international remix contest with talented electronic producer Stephen Schieberl, aka ‘Let’s Go Outside’. Among many other prizes, there is the chance to win one or more EP releases on the label Soma Records. Every talented producer is welcome to take part. The contest is running from February 1st until April 30, 2008 on the FOEM website (www.foem.info)

Let’s Go Outside, who resides in Portland, Oregon, has been producing electronic music for over a decade, making a name for himself with his distinctive style of techno. His debut album “A Picnic With The Hunters” was recently released on Soma Records.

More info after the jump!

The track to be remixed is “You Make Me Struggle”, from “A Picnic With The Hunters”. The winning remix(es) will be released on an EP on Soma Records, providing great exposure for the eventual contest-winner. Soma Records is based in Glasgow and has an impressive back catalogue of releases, including the early Daft Punk releases, before they switched to Virgin Records. Other notable artists who have released on Soma are Funk D’Void, Slam, Phil Kieran, Ewan Pearson, Luciano and Adam Beyer, making SOMA one of the worlds leading electronic dance music labels.

Other prizes include a remix back from Let’s Go Outside, a Roland SP 404 Sampler, a Native Instruments MASSIVE Synthesizer as well as some Soma t-shirts.

FOEM is an independent A&R agency, promotion agency, licensing agency, talent resource and netlabel, founded in 2003 in Cologne. FOEM is driven by people in Germany, Holland, the UK, China, the USA and Romania. Many thousands of musicians belong to the community.

More detailed information about the contest can be found at www.foem.info.