Posted on March 7 2008
by dirtyoldman 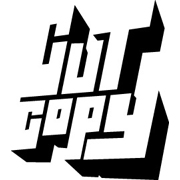 The release of “In Ghost Colours” is only weeks away. The first single “Lights & Music” has been well received. The next single is So Haunted Hearts on Fire and over at rcrdlbl they have an exclusive download of the Joakim remix.

The EP for “Lights & Music” is available via Turntablelab as a digital download for $2.50 including the Superdiscount and Boyz Noize remixes.

Finally, if you don’t have it yet, Cut Copy release a mix earlier this year called So Cosmic which features tracks and remixes from the new album as well as songs that provided inspiration for the album. Get the full mix here.

Full track listing & the video for “Lights & Music” after the jump.

aphex twin – on This is one of Aphex Twin’s classics, and I’ve always used it as an intro to our DJ sets. I’m a big fan of looped piano riff (two other faves of mine being mike oldfield’s tubular bells or DJ Shadow’s building steam from a grain of sand). It’s almost hard to imagine this is the same guy who wrote come to daddy.cut copy – so haunted (knightlife end edit) Our mate Knightlife called me up when he heard ‘so haunted’ on the radio and asked what happens after it fades out. He was imagining this sun soaked disco reprise so we gave him the parts and two days later we had our hands punching the air listening back to it.panda bear – bros This panda bear record is without a doubt my favorite of 2007. For me it’s like paul simon graceland era meets animal collective meets the avalanches. Some of my favorite shit.

popolice – (edit) Popolice is a one man my bloody valentine – it’s a trick because whenever I close my eyes at his shows you can imagine a whole band with wailing guitars and heartbrakingly beautiful textures and harmonies. A bit of an underground favorite in melbourne, he’s played with us and become a mainstay on the cut copy stereo.

delia & gavin – rise For me this song reminds me of driving at dusk, or perhaps it’s the sound of the world as it was being created. I’ve only seen them play once but they had me transfixed for the 25 minutes that they played, with no gaps or talking. amazing.Elitechnique – fingerfood (major swellings mix) There’s a touch of herbie hancock in all of us. And I must admit I remember seeing the electronic saxophone on a show called ‘beyond 2000′ when I was a kid and badgering my parents to buy me one. They never did.

nu musik – warp This song is incredible to me. It’s one of those tunes that transports you; from chicago house to blissful acoustic guitar, sounding like one of the best remixes you’ve heard. I was staggered to find out it’s actually from 1982 and the original version of the song.

panthers – goblin city (holy ghost! dub) Holy ghost! seem to be one of the heroes of DFA’s new wave of talent. This mix of panthers is as good as many of the DFA’s own. I cant wait for more.

alan braxe & fred falke – horizon This track appeared on the promo for Rubicon a number of years back but (perhaps due to it’s length) has remained a tantalizing piece of braxe/falke magic. I love it every time I hear it, but never manage to listen to it long enough to get over it. pure bliss.

bell x1 – flame (chicken lips dub) This mix is a bit like a modern pop interpretation of the anthemic white-funk of talking heads. One my favorite chicken lips remixes for some time.

giorgio – knights in white saturn This is one of my favorite giorgio tracks. I love this era of his music where in parternship with pete bellotte their songs build and deconstruct themselves piece by piece over a whole side of vinyl. This particular one is a cover of Justin Hayward and spans three disco interpretations of the song. The cover is also absolutely genius.

aeroplane – aeroplane Aeroplane is my new favorite artist. This track comes like a contemporary version of the songs that inspired the new cut copy record ‘In ghost colours’. Not out of place next to Jean Michel Jarre’s ‘Equinoxe’ or PIL’s ‘this is what you want, this is what you get’. An epic soundtrack to… well… something.

fleetwood mac – never forget ‘Tusk’ was an ambitious double-album and although it probably didn’t scale the heights of ‘Rumours’, it has some truly heartwarming/breaking chords and melodies.

lifelike – so electric Like alan braxe and daft punk, lifelike seems to be at his best when his tracks stumble upon some sort of shared musical consciousness; a melody seemingly from the past which takes hold like a fond memory of childhood. ‘So electric’ is simultaneously triumphant and nostalgic, and for me an instant classic.

saturn 5 – oscillations pure kraut. It goes to show you dont need more that one chord (or even one note for that matter) to write a compelling tune.

International Music System – runaway (edit) A lot of the time in writing our second record was spent researching and listening to music from the past, making connections between our modern favorites and those that inspired them. To me almost like a proto-alan braxe blueprint. Unfortunately it’s incredibly difficult to get information about many of these italo artists so I know precious little about it. It’s good though.

cut copy – lights & music This song was written from two ideas and then joined together. The chorus began as an dubby electronic disco number I wrote and the verses from post punk inspired jam that Tim and I recorded on bass keyboard and drum machine. It’s also our next single.

Jean Michel Jarre – equinoxe (edit) What more can be said about Jean Michel Jarre? He’s a hero. For the tech heads, he has put the Yamaha CS60 and 80 into our hearts forever.

harmonia – deluxe (drum edit) Harmonia was the all-star ‘dreamteam’ of krautrock. Michael (Jordan) Rother from Neu on guitar combined with the Cluster pair and Roedelius (AKA Shaq) and Moebius (not unlike the silky skills of Clyde Drexler). Seriously though both the harmonia albums are masterpieces. Over the last couple of years I’ve listen to these records countless times for inspiration.

The bells – target group (C90 mix) C90 seem to have emerged as blog favorites for many people. This is my pick of their mixes.

holy ghost – hold on I cant say enough about Holy Ghost! This record is a hands down classic for me. From the throbbing staccato synth of the verses to the soaring clavinet piano of chorus. This the Cut Copy 12″ anthem of 2007. When are these guys going to do a remix for us already? DFA, you’ve done it again…

bagraiders – nil by mouth Bagraiders have emerged along with wunderkind Knightlife (who also remixed this particular tune) as part of the new wave of Australian electro producers. For some reason more than most other countries this scene has really taken hold here when only a few years ago it was Jet and their rock revival clones that seemed to rule the bars and clubs.

space – save your love This is an instrumental edit of Space’s ‘save your love’. Not be confused with the KLF/Orb collaboration also called ‘Space’ this is more than remeniscent of Daft Punk’s Disovery era.

inflagranti – additional alpha blocker I my opinion these guys rarely put a foot wrong. And even when it is wrong, goddamn it – it’s still so right. This track almost goes into transcendental chicago house territory. I cant wait for their next 12.

cut copy – hearts on fire (a cappella)
cut copy – hearts on fire (joakim mix) Joakim is someone who I’ve followed musically over his career and have always been surprising and inspiring. His most recent forays into mixes seem to have been his most successful in terms of club play and he seems to be really hitting his stride. This version of our tune came through to us when we were at DFA recording our album and was a soundtrack for that period. Hands in the air!