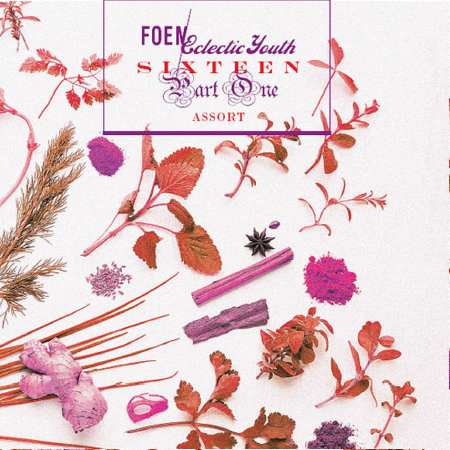 FOEM, a free promotion agency and talent pool, has it’s latest compilation of tracks by upcoming artists online. The 4 CD set has been released for free download on 01-14-2008.

FOEM has already released 15 compilations in the series since 2003. All together they have garnered over 100.000 downloads, all under the old title FOEM/Electronic Youth. This 16th release marks a move away from the established form, with a name change to FOEM/Eclectic Youth, representing the changes in philosophy since FOEM was formed, with electronic music no longer being the sole focus as new and innovative styles start to have a greater influence.

“The decision to change the name was not an easy one, but the change is a symbol of the dynamic and flexible ideals behind FOEM. The new name allows us to encompass new styles of music while retaining our support for the development of innovative art,” says Florian Amann, founder of FOEM.

Each of the 4 CDs is focused around a particular style, with CD1 representing Breaks, Grooves, Jazz, Pop, Surf and Bluegrass, CD2 IDM, Ambient, Breaks and Experimental, CD3 having a more traditional focus on House, Techno and Minimal, and CD4 with the perhaps less popular choice of Hardtechno and Hardcore. The tunes featured were carefully chosen from more than 1000 uploaded tracks. The selection took nearly 4 months to be final.

More after the jump!

FOEM’s desire and enthusiasm to help promote new artists has been a driving force behind the CDs for the past 4 years. The compilations are all available for free download, and help artists to gain contacts in the music world, huge amounts of free promotion, and to reach an international audience of music lovers.

The release features an international selection of the hottest upcoming artists, with Mexico City, Shanghai, Chicago, Berlin and London among the many cities represented. The cover artwork as well as the new logo were done again by Jan Uretsky, a professor for Design at Pratt Institute for Design in New York City, who has been supporting FOEM for a long time.

More detailed information about the release can be found at www.foem.info

FOEM is an independent A&R agency, promotion agency, licensing agency, talent resource and netlabel, founded in 2003 in Cologne. FOEM is driven by people in Germany, Holland, the UK, the USA and Romania. Many thousands of musicians belong to the community.