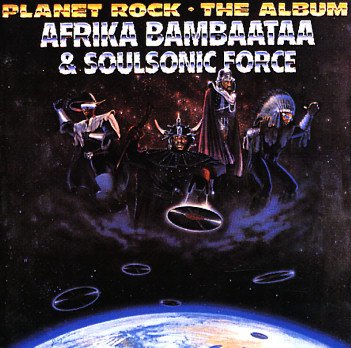 Electro is a rather ambiguous term. Use it today and most people think of a sub-genre of house music, mention it 10 years ago and people would assume you’re referring to they electroclash hype. Go back to the early 80s and electro is what one break dances to. Early 80s electro featured the beats from TR-808s along side samples, synths and rhyme. Compilations such as the now legendary Street Sounds Electro featured these tracks.

People such as Afrika Bambaataa have been credited for pioneering hip hop, but their influence on electronic music has been just as great. The recent trend featuring female rappers over simple electro-type is a case in point. Bam is the man, the father of the electro funk. I threw together i quick edit of his famous ’82 track Planet Rock, dropping most of the rhymes.