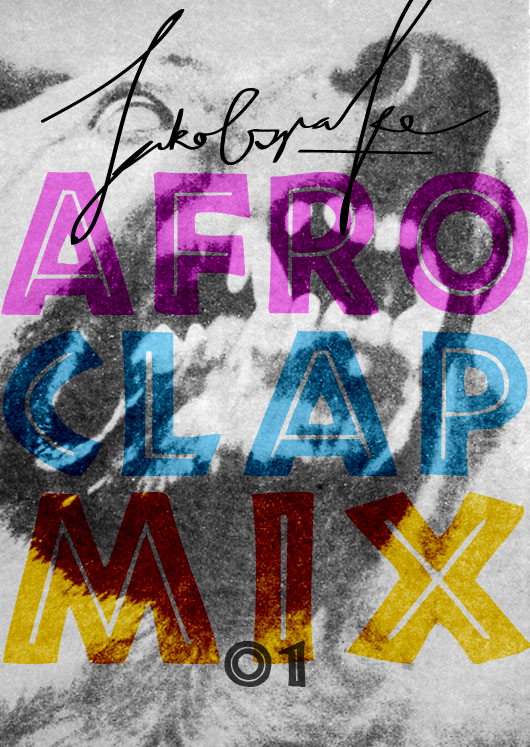 Afro Clap! is the name of a new monthly series of parties hosted by JakobSnake (with a “k”!) at Fiction. The first one is TOMORROW. Check out all the party info here. His words better describe the concept behind the party than I ever could:

The more ive been traveling around the world with the band (Spoek Mathambo) im seeing these kinds of sounds in main sets from the biggest DJ’s in the world. A more African, Equatorial rumble if you will. i think it been fantastic to see how the world responds to the dancier sounds. Stuff from Brazil and South Africa and Angola and Portugal.
I threw a bunch of that stuff into this mix, and hope to expose some of the new sounds of Kwaito, Electronic Cumbia, Kuduro House, Baille Funk, Moombahton and Tropical Bass into the nightlife culture here in S.A. Im sure this will happen naturally without me, but this is all just a way of exposing people and to the new shit the world is producing [sic].

He also put a little mix together to give you a taste of what to expect.  It sounds awesome and it also features the first JacobSnake track to date. Yay!