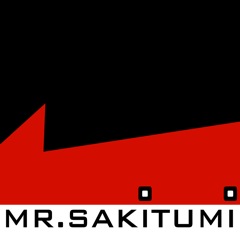 Multi-instrumentalist, producer and live stage performer, Mr Sakitumi, is releasing his much anticipated debut album through African Dope Records on the 8th of June 2011.

An innovative musical phenomenon the likes of Mr Sakitumi is few and far in between in the world of electronic music. From the studio to the stage, he’s mastered his vast array of physical and virtual tools to produce his first solo album ‘SECRET ASIAN MAN’.

“This is my first personal offering as an artist, so it really is a biggie for me. I am really excited about it! “Secret Asian Man” will not be so secret anymore. I’m just glad to be able to put a body of work out there that can document me and my sound at this point in time. I am also really grateful to have a fantastic team behind me, helping me with this first release.” -Mr Sakitumi.

‘SECRET ASIAN MAN’ comes after being a member of numerous influential South African acts such as Max Normal, Lark, Krushed & Sorted, Closet Snare, and Mr Sakitumi & The Grrrl, along with performances in Goldfish, Freshly Ground, EJ von Lyrik, Gazelle and many more.

“It’s a listening journey into my world, the kinds of beats and melodies that I’m hearing in my head. It gives them a better picture of me as a producer and what I can also do as a multi-instrumentalist. The album extends beyond the dance floor/club/festival/gig etc. I want listeners to be able to put it on whenever and still be able to enjoy the music.”

With melody being a focus, ‘SECRET ASIAN MAN’ is organically electronic, or electronically organic. By adding a lot of live playing over it – whether on drums, bass, guitar, keyboard, sampler, scratching etc, Mr Sakitumi created an offering which reflects quirkiness, epicness and a dash of seriousness.

Apart from help in the form of ears, listening time and feedback from The Grrrl, other talented artists also contributed to Mr Sakitumi’s debut album. ‘SECRET ASIAN MAN’ also features “This That” which has the crafty rhyming skills of the super talented D-Form, as well as Ghislain Poirier [Ninja Tune/Montreal], who did a remix of “This That”.

Mix n Blend [African Dope] also did a remarkable remix of the title track “Secret Asian Man”. They managed to get the brilliant horn skills of Lee Thomson and Ross McDonald for their version, as well as sneaking in a shout out by EJ von Lyrik. Apart from mixing their own versions, Mr Sakitumi mixed all of his own tracks.

Mastering of ‘SECRET ASIAN MAN’ was done by Simon “Fuzzy” Ratcliffe at Sound & Motion Studios who did a great job in gluing the album together and strengthening its listening thread.

SECRET ASIAN MAN, after its release on the 8th of June, will be available through The African Dope store, as well as on iTunes, Beatport, Ingrooves, Trackitdown, Juno, Rhythm Online and many more.