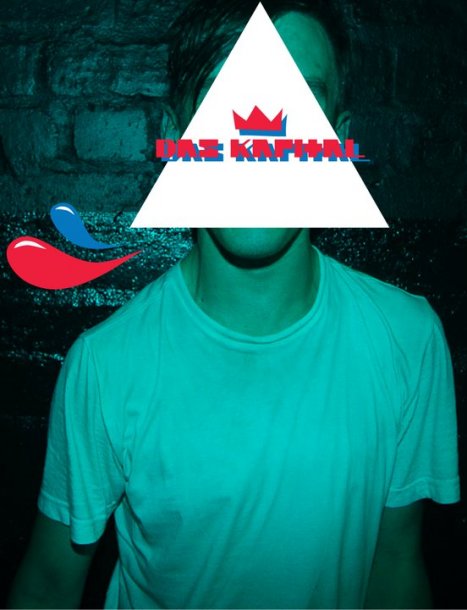 19 year old electronic music producer Das Kapital is the perfect example of the talent being nurtured in the electronic music scene in Cape Town today. He’s been honing his craft for the last 6 years having started in 2005. At the time he fancied himself the future of hip-hop music, and so started making tracks to record rhymes over calling his creations “Futuristic Synth Crunk”.

As time went by, he started drawing on more influences, re-listening to the electronic music he was exposed to in his childhood – Techno. Hard House. Breakbeats. “Ambient weird shit.”He fell in love with dance music in late 2008, and in 2009 he made the move to Logic Pro. “It helped me further progress the professionalism of my sound, and take a more solid, malleable approach to making music.”

Flash forward to 2010, his bootleg of “Skinny Love” by Bon Iver tune was made during a period of disassociation with the world – a period of disillusion with electronic dance music and the “Superstar DJ” mentality that was brewing. He explains that he made it with no intention of it becoming an overnight blog sensation. He posted it online and let it go. A few months later and it had engulfed the digital domain, including number 1 on Hypemachine blog (which it reached 3 separate times, mind you.) Das Kapital hadn’t posted it to a single blogger himself it simply went viral.

This kicked off his career as a regular DJ in the Cape Town Scene playing the full palette of electronic nights and clubs getting known for his eclectic mix of Electro, Dancehall, Cumbia, Kwaito and Breaks – Weird ethnic sounds that are slowly filtering through into his self-produced tracks. For his offerings at the Red Bull Studio, he has been crafting a “Future-Dub” sound, rolling off-beat drums and classic big room synth lines, a great mash-up of styles both reminiscent and distinctly new-school!

“Right now, I’ve been picked up by managers in the UK – The managers of DJ Fresh, Icicle, Alex Metric etc., which in itself is a daunting compliment. I’ve been remixing for UK acts, everything from downtempo rerubs a la Skinny Love, to big-room Electro House. I’m just waiting on masters to return and I can start playing stuff out.”

To say, “keep your eyes peeled” would fit into a cliche that does no justice to this young, enthusiastic, insanely talented force of Electronic music nature!