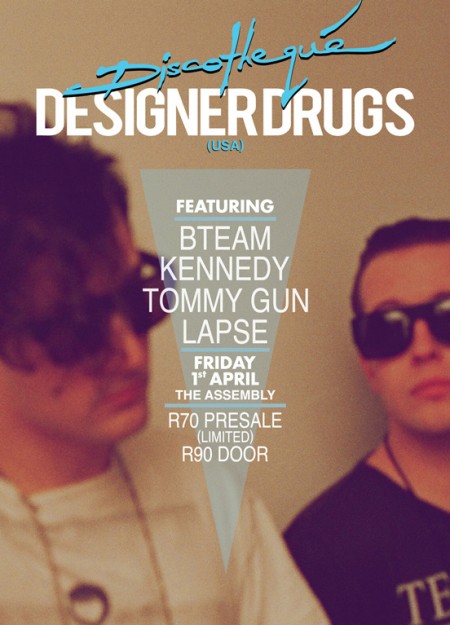 Designer Drugs are coming! Yay! From the press release:

Michael will perform in Cape Town, at The Assembly on Friday 1st April, and in Johannesburg, at Town Hall on Saturday the 2nd April.

Ask the DJ/production duo DESIGNER DRUGS how many air miles they’ve logged over the past year and the answer requires more than a bit of calculating. “Over 300,000,” Michael Vincent Patrick referencing numerous spots around the world where the group has performed. “I have a really nice apartment in New York City, but I’ve only been there three days this month.”

It’s a testament both to the duo’s popularity and work ethic that that number may become the annual norm. After nearly 50 remixes for everyone from Mariah Carey to Annie to Thieves Like Us, the diverse electronic group, comprised of Patrick and Theodore Paul Nelson, is fresh of the release of  their debut album HARDCORE/SOFTCORE on Ultra Records, just a few weeks ago in March 2011.

Hardcore conjures up a darker, edgier vibe – think the throbbing, industrial-heavy opening club scene in “The Doom Generation” – yet still retains a melodic center on many of the tracks. “I think we’re making music for the apocalypse,” says Michael, only half-joking. “The state of society is at a place where people just don’t give a fuck and that’s what inspires our music.”

Spend a few minutes at one of DESIGNER DRUGS’ live shows and you’ll see Michael, spurred on by the intense energy of their music, transform into a different beast. “It gets pretty wild,” admits Michael. “Even though we’re mellow, there’s lots of stage diving and almost slam dancing. It’s next level dance club shit that almost morphs into that ‘90s hardcore/punk vibe.” 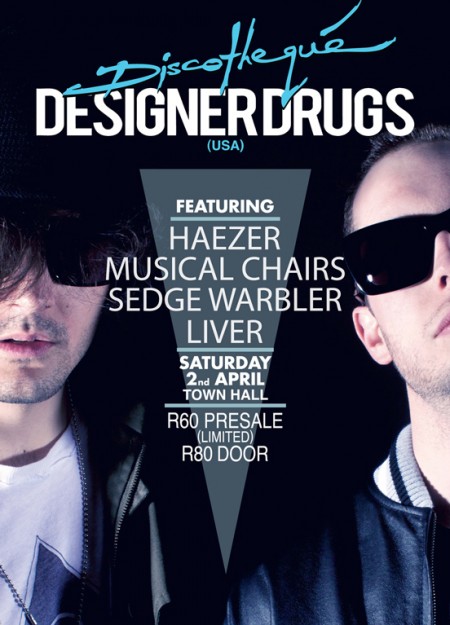