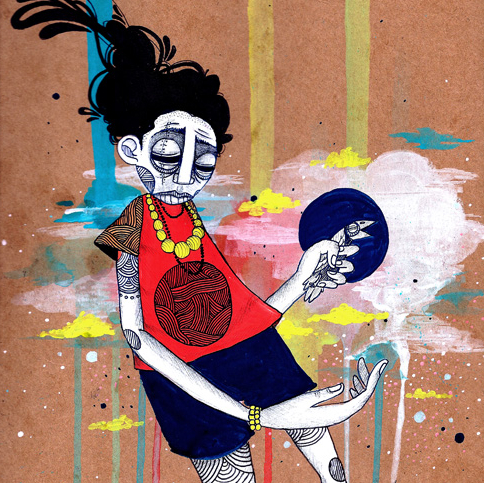 Richard the Third has been a dominant force in South African electronic music, both up north in Gauteng and down south in the Cape. Regular readers will know he has his fingers in many pies and has contributed to and supported the growth of the local scene. His latest solo release is entitled Dragonfly Slip and sees his solo move into dubstep. You can buy the CD from African Dope:

Richard The Third is a force in the local electronic music scene, producing and DJ’ing as Richard The Third, Biscope or with Spoek Mathambo and Mshini Wam. He’s fresh off mixing the second edition of Red Bull Studio Sessions, and now we’re dropping the EP made by his own hands – Dragonfly Slip.

The EP has four tracks of deep and meaningful Dubstep, featuring internationally acclaimed vocalist Zaki Ibrahim, who is currently on tour with K’naan; and a collaboration with soulful South African singer Black Porcelain. Dragonfly Slip includes two remixes, one by Dank, hero of the Cape Town glitch scene and one half of Sedge Warbler; and another by Oltak, who’s talent was discovered at the Red Bull Studios in Cape Town.

Slip features the emotive vocals of Black Porcelain which at to the dark and moody atmosphere of the track. This is dubstep at its finest, sleek and minimal, yet never boring. Dank takes the track into a playful yet dirty direction. An 8-bit synth dominates the melody, while a deep, rolling bass fills out the bottom-end. A quick once-over in the Glitch-o-matic and you have a massive remix, which while retaining elements of the original, is nothing like it. Loving it!

Dragonfly features the vocal talents of Zaki Ibrahim, which are soft, almost whispy, yet with depth and soul in the chorus. The track moves towards the direction of future garage, with a shuffled two-step beat setting the foundation for an array of synths and samples that are varied but never overwhelming.
Richard The Third – Dragonfly feat. Zaki Ibrahim by africandope

As an added bonus check out this sweet bootleg that Richard put together. It is a tribute to Nate Dogg (RIP) featuring Burial and Four Tet. An awesome mashup and tribute.