New Artist: Battle Beyond the Stars

Posted on January 28 2011
by dirtyoldman 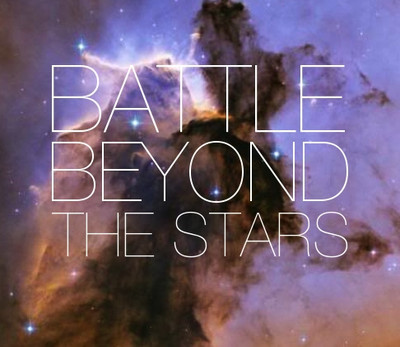 Cape Town based DJ and Producer, Battle Beyond the Stars, has just completed his first EP entitled Memory. The track Cold, which I mentioned previously, is taken from this EP, as are the two songs below. His sound is both nostalgic and fresh. To find out a bit more about this talent producer of electronic nostalgia, check out his Artist page and remember to hit The Assembly tonight to catch his set.

Memory Metal is like taking a drive down memory lane with a hangover from the night before. Gentle and subtle, the intro is led by a palm-muted guitar chord progression and a simple lead guitar melody. Add to this a pretty straight forward drum pattern and the severly distorted bass synth that follows, is an unexpected, but not unwelcome surprise. The synth really transforms the track from a gentle, summer melody into a song with more substance and emotion.

Battle Beyond the Stars - Memory Metal

The second track features what can only be described as synthesised steel drums, distorted and filtered beyond recognition, producing a playful melody over Rock & Roll drums and a squelching bass synth. Think of this as the soundtrack to Fear and Loathing in Jamaica. [Rum Diaries? -ed.]

Battle Beyond the Stars - Caribbean Monsters