The Human League don’t want The Sound (or do they?) 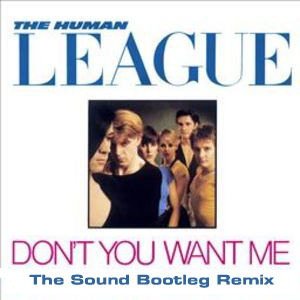 Most 20-something’s grew up to the sound of cheesy80′s hits. In amongst the huge mass of pop music that appeared in said decade there were a number of shiny nuggets of awesome. The Human League’s Don’t You Want Me was released in 1981 and has been one of those tracks that has been stuck in our heads ever since. Not satisfied with loving the track, The Sound decided to remix it. In his own words:

I wanted to remix this track since like forever. I first heard the original as a kid taping music off the radio. A few decades later and this song is still with me, though it’s all chopped up now with a little too much distortion and a haunting pan flute. This is a bootleg and it’s just for fun and serves as a tribute to an all time classic. Play it loud!!

Grab it below and then click here to watch the original video.

The Human League - Dont You Want Me (The Sound Bootleg Remix)

Technorati Tags: The Human League, Don’t You Want Me, The Sound, Bootleg Remix

New Club Night: Closer
Before Die Antwoord there was…