New Artist: The Sound (can you hear it?) + Biscope boot

Posted on December 21 2009
by dirtyoldman 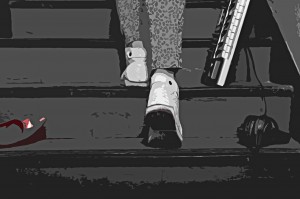 The Sound (artist page) is a remixer, producer and DJ from Cape Town who has been remixed the likes of kidofdoom and Haezer and worked along side other 021 artists, such as CoDeC. With a possible EP to be released in 2010 and more remixes to follow The Sound is definitely one to watch.

Access Violation is an instrumental track which features heavy distortion along side sweeping synths. It is never overpowering or ‘too heavy’, but instead is great to listen to and it might even get a few bodies moving!

The Sound does it again on this remix, combining distortion and synths in a way that is dirty, but never too much. Very rad remix!

And why don’t you give a listen to the latest bootleg to come out of the Biscope beat shed. It’s smooth and sexy and I like it!

CoDeC – Mad Scientist
Paul Gala – The Skeleton and the Trombone