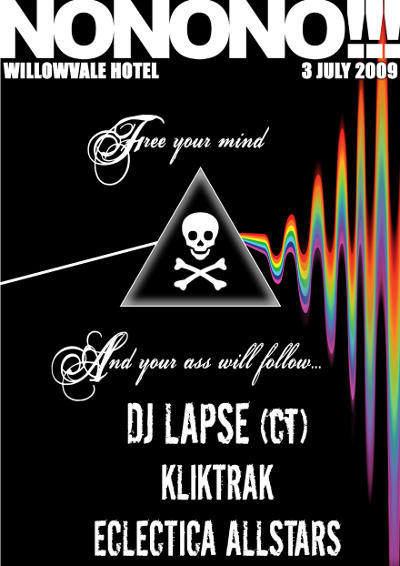 Having reworked tracks by AC/DC, M.I.A, Empire Of The Sun, Bloc Party, Ladyhawke and the one and only Playdoe, Lapse has found international acclaim across the blogosphere and on dancefloors far and wide with his dirty electro disco remixes and blinding original tracks.

Requiring hardly any introduction but we’ll give it anyway, Kliktrak is a longstanding member of the digital underground who has been producing shit-hot techno and electro cuts since the early 90s.

And then, as always your hosts with the mosts, the ECLECTICA ALLSTARS – DJs Leo, Hedmekanik & Mixin Vixin – will be in attendance dropping the filthiest electro tech retro remixes your shell-like ears will ever hear.

And they say fuckall happens in Durban.