Posted on September 21 2012
by dirtyoldman 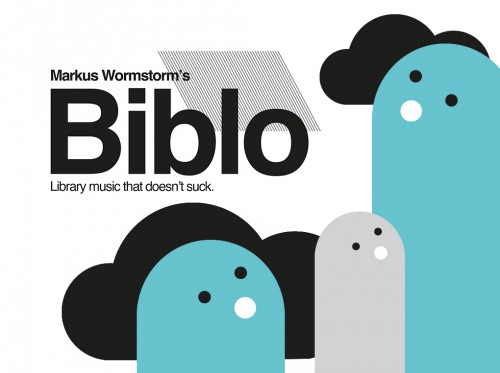 The latest project from the legendary Cape Town producer, Markus Wormstorm, is not another album, but rather an incursion into the stale arena of Library music. Biblo is a platform where high quality tracks meet an easy to use interface, making it simple for clients to find music that fits their requirements, while still being good. At the same time, it is another channel through which musicans and producers can earn money for their music. Check out biblo.tv for more. 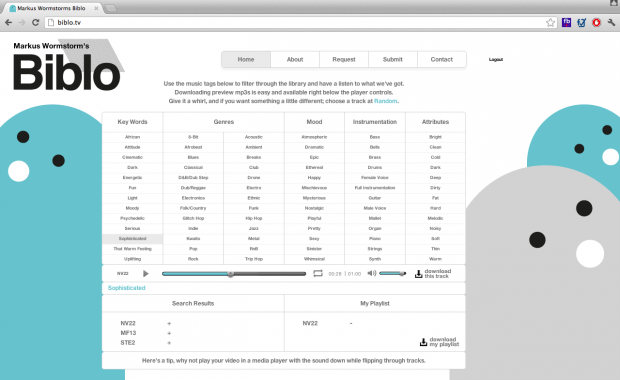 Over the last ten years Markus has continued to break ground in the South African creative industry. He was
signed to New York based label Sound-Ink at the age of 19. He started the Constructus Corporation with Sibot
and Waddy Jones creating a first of its kind, concept album and sci-fi book. Thereafter Sibot and Wormstorm
created the Real Estate Agents who pretty much wrote the book on live electronic performance in South Africa.
Together they paved the way for an entire generation musicians that followed in their footsteps. He founded
The Blackheart gang which has been sighted for casting a spotlight on South African animation. He also started
Sweat.X with Spoek Mathambo. Three years later, after a particularly messy Sweat.X tour, Markus returned from
Europe and decided that enough was enough and got married to the love of his life, Alison. Keeping in step with
his new rather somber life style his next album “Not I, but a friend” was a mixture of the electronica and classical
music. The album is perhaps best summed up by the Rolling Stones quote “exceptionally sophisticated”

Enter Biblo
In keeping with his forward thinking attitude his newest commercial project, Biblo.tv, is set to flip the music
licensing business on its butt. Biblo is mantra is simple “library music that doesn’t suck.” Ten years ago Bowie
said “Music will become like running water or electricity.”  Ask anybody in advertising and they will tell you that
searching through library music is like subjecting yourself to a lukewarm bath of mediocrity. The thing is there’s
too much of it. Only the coolest music is available on biblo. Each track is hand picked.

How it works
By using the simple gridline search engine Biblo will guide you to the track you are looking for. Its easy and fun.
Another nifty feature is the legal aspect of the site. As you can imagine giving advertisers free access to
production music could possibly lead to some sticky situations. Biblo’s clever contract system allows contracts
to adapt to each user when downloading or submitting.

In a nutshell Biblo is designed to give the commercial world access to high quality music in a smooth hassle-free
environment. Most importantly it gives young musicians a platform from which they can make their music make
some money.