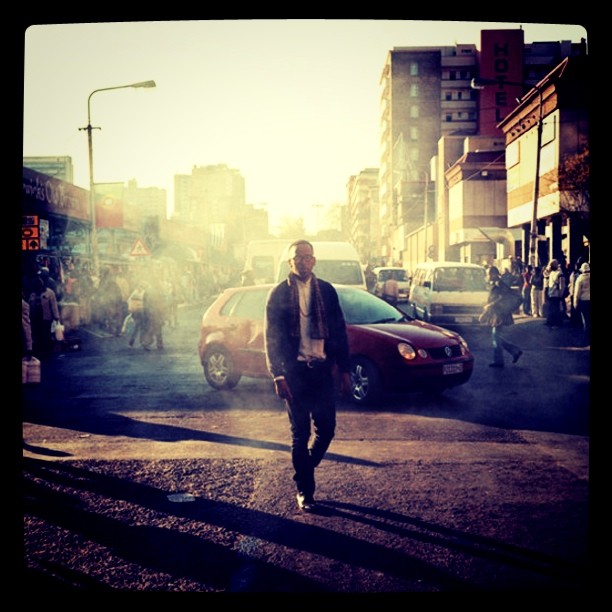 So Spoek Mathambo has been going through some of his old tracks and put a few up on Soundcloud for free. Not only is it a nice nostalgia trip, but it also highlights work by two of the countries best producers. His collaboration with Markus Wormstorm resulted in the game-changing Sweat.X, while Richard the Third would produce in the Mshini Wam era.

One of the weirdest sex songs ever. This was the first song that I did with Richard The Third, back in 2009….a creative relationship which birthed my first album and bangers like Mshini Wam, Control and Gwababa. I think Richard is incredible and love him to bits. The beat was a remix of a song by another big brother of mine Sibot…I heard it, watched a horror movie and wrote the rap.

Another one from the archives. Back in 2006, I started a group called Sweat.X with a good friend of mine Markus Wormstorm. The chief influence for the stuff we were making was overtly sexual music like chicago ghetto house, miami bass, ghetto tech, Prince…Thebe. We called it Black Sweat. We called it African Coochie Pop. It was what Markus called DDM (dumbdancemusic) and the antithesis to the hyper wordy conceptual rap I was doing before…well, the nerdiness was still very much in there.
“Sweat.X are the last word in the whole hip-house/new rave/electro-booty funk thing that’s so new it hasn’t even happened yet.” Vice Magazine
“The South African duo takes Prince worship to a whole new level on this sweaty electro-funk track.” The Washington Post
We recorded and released this track in 2007. It came out on Citinite and was the first album artwork that I did personally that got released on vinyl (coloured by the big homie Optigram http://cargocollective.com/optigram/)

Another one from the archives. Another free download. One of the only two Sweat.X songs where I sang…Markus used to make me drink whiskey in studio to get my voice that high. Not exactly Quincy and MJ, but they were some of the funnest studio times I’ve had. And Markus is a genius. Don’t think we ever played it live.
The last minute of the track is sublime. Audio equivalent of the longest, warmest orgasm.
The song was released (2009) waaaaaay after it was recorded (2007). I’m still pretty bummed out that the original chorus never made the final cut…one day maybe, one day.
This artwork was never released…was done by a homie from Bordeaux, Eric.
Check this remix out: http://www.youtube.com/watch?v=hknY_6-HQSQ