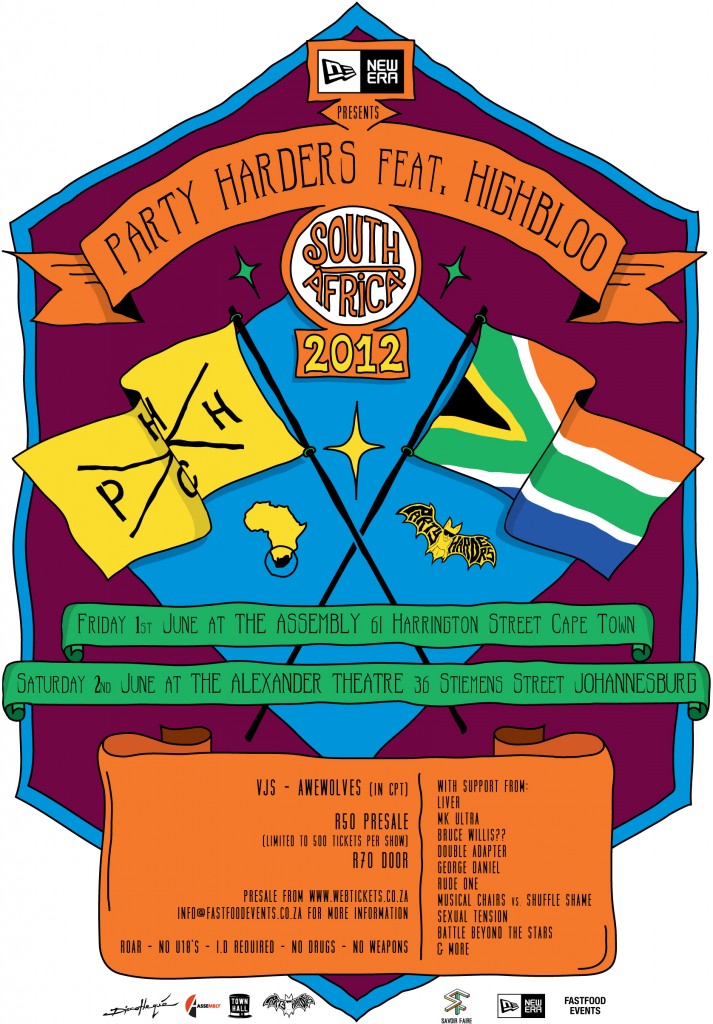 We have two sets of double tickets for PartyHarders (Belgium) LIVE @ The Alexander Theatre, JHB! All you have to do is send an email stating the name of the PartyHarders home city, as well as your name and JHB to freeshit@electrotrash.co.za! One entry per person, winners chosen at random will be notified via email. Competition closes Thursday 31 May at 12:00! Good luck!

The PARTYHARDERS have built a solid reputation in their home city of Liege and over the past year to not only become one of  the hottest electro names in Belgium,  but also the rest of  Europe.  The electro-wizards and graphic artists  (for Ed Banger amongst others)
have played in almost all  of  Europe’s trendy clubs  and with artists  like Justice,  Busy  P, Crookers, Boys Noize and The Bloody Beetroots.

Each week they travel to Paris to reside in the famous Social Club. Another highlight was the raving  Partyharders  vs.  The Subs single,  ‘The Pope of  Dope’ (Lektroluv), with which they bombed festivals like Pukkelpop, I Love Techno, Lowlands, and more. Their sound is
a mindblowing mix of electro, rave and thumping dubstep bass.

Now for the first time this  June,  THE  PARTYHARDERS bring  their extraordinary partying to SOUTH AFRICA!  Joining  them  is  Highbloo,  their Lektroluv  labelmate and  member of The Subs/Partyharders crew. Be sure to catch them at the following venues: