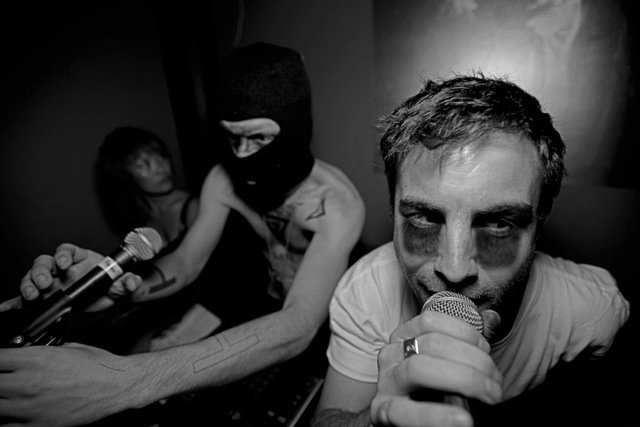 It must have been 2004 or 2005 when I first saw MtKidu play live. It was at the monthly Secret Party held at Horror Cafe and the duo were tearing the basement appart.
To my uninformed mind it was just two really strange people, one hyper as a six 6 year old the other quiet and concentrated, making a noise on various synths and drum machines rather than an exploration of the worlds of glitch and noise. While their sound continued to evolve and became more acceptable to dance floors, featuring the cute/disturbing visuals of Chinxxx, they never lost their edge. What set MtKidu apart from the rest, was their approach to their music, which from the get go, was tied to imagery, animation and other visual aspects. With two independently released albums that sit somewhere between avant garde and underground, the impression left by MtKidu will resonate well into the future. We here at electrotrash wish them all the best with their upcoming projects, hoping to hear from them soon.