Posted on December 8 2011
by dirtyoldman 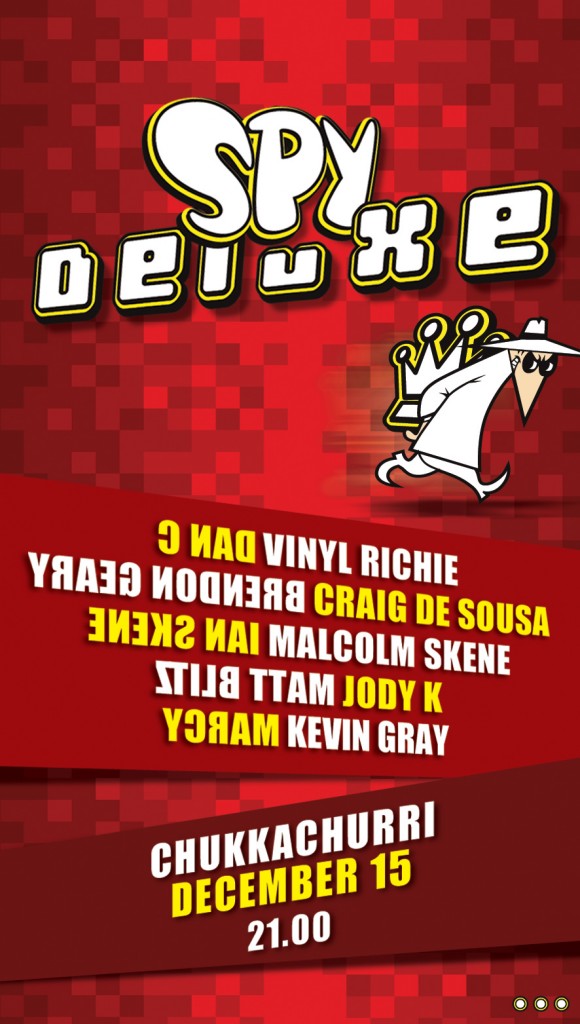 Both inspired by the concept of back 2 back dj battles- these two successful event brands have taken House Music lovers on deep and intense music journeys each time they’ve graced the nightclubs around Cape Town over the past 10 years. With roots in soul moving, dancefloor destroying, Deep House- the concept sees 2 Dj’s behind the decks in a purging game of track by tack one upmanship.

More and Deluxe are two of the venues that played witness to these battles- Spy vs Spy took just two chosen ones- your solid selectors for one long set of Top Tune glory, while Funk Deluxe split neatly into quarters, giving eight players four rounds to raise the roof. The tales would be told and retold for days and weeks and months after, in an era before social media where word-of-mouth spread the movement.

Every now and then it’s nice to take a journey back to where we came from, to where a few very good stories began. This time the joining of these two events brings together 10 DJ’s that have influenced the Deep and Tech House scene- both the unforgettable icons from the original days and the music connoisseurs that rock the Mother City each weekend today.

Spy vs. Spy and Funk Deluxe bring you SpyDeluxe at Chukka Churri, 20 Coburn St Greenpoint (Corner of Prestwich and Coburn) from 9pm -until the venue kick us out- on Thursday 15 December. Space is limited so get there early to avoid disappointment and make the most of this special music line-up – it just doesn’t sound as good from the street. Friday is a public holiday and it’s FREE ENTRANCE all night!