Posted on December 7 2010
by dirtyoldman 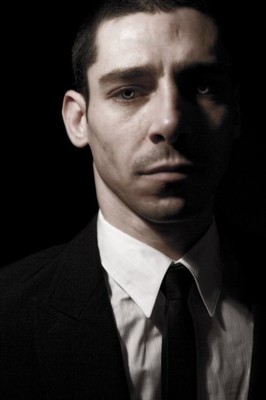 We want you to get hyped about Shane Watcha this Friday at Fiction. In order to do that we are giving away guestlist to the 5 people who make the most noise about this event before midnight on Thursday. All you have to do to enter is invite as many friends to the event on FB and get them to post a message on the wall with the words: I am hyped thanks to @yourname. Just make sure to check your FB mail on Friday at 12:00 in order to find out if you won.

Appart from the unique Shane Watcha sound, which you can hear below, you will also be pleased to know that local favourites Markus Wormstorm and AK47 will be doing their thing, supported by visuals courtesy of Contraband. This is certainly going to be a night to remember, hope to see you all there!

Here a little info grabbed from his soundcloud page:

From spinning Acid House to a small club in South Africa many years ago, to presently playing alongside house music’s greatest legends at London’s coolest clubs. A regular in Europe from Paris to Moscow, Shane’s lust for house music has seen him slug his record bags around Europe, touring the world over while continuing to hold down his London residency for both Circo Loco & Zombie Soundsystem.
With a steady flow of record releases via his own record label…Zombie Soundsystem

Among the current trend of DJ’s/Producers coming out of London, Shane is a rare Breed. He has crafted a sound that is uniquely him and distinguishes him from the rest of the pack. It’s all delivered in a supremely tight mix that flows with emotion and slamming underground productions.
Shane’s sets in London have earned him a fan base that some top jocks can only dream about.

Shane also hosts the popular Zombie Soundsystem that has evolved from an after-party filled with creatures of the dancing deep, to a Global brand hosting club nights at London’s coolest club & now a music label reflecting that sound. Regular tour nights take the Soundsystem around Europe, the Middle–East, and as far afield as South Africa;
globally spreading their sound around the world.

Rewind a bit. The story starts in 1992 when Shane decides to leave South Africa for London inspired by the wave of dance music emerging in the late 80’s and embrace the music that has he been listening to. He then starts up his own club night… Zombie Soundsystem, which enjoys a devoted following and acts as the ideal platform for him to carve a reputation that would lead him onto the international stage.His sense of wanderlust first saw him making forays to Moscow, then mainland Europe, the Far East (Singapore, Thailand, Indonesia) then Australia and New Zealand incl the USA.

Being inspired by the tribal sounds of Danny Tenaglia and intensity of Laurent Garnier and Carl Cox sets,
Shane is always focused on the party & delivering cutting edge sets be it deep house or techno.

Anoraak killed JR!
CoDeC Kicks Off The Holidays With Vegas!