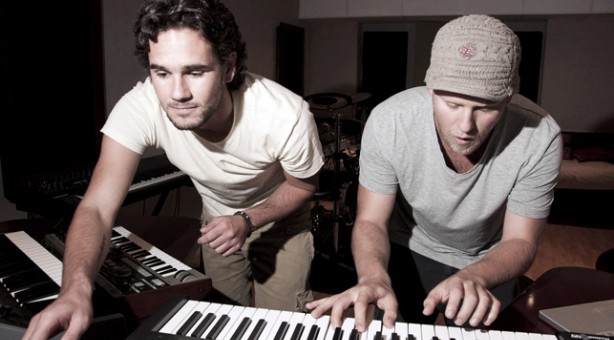 On the up and coming are 7ft Soundsystem, a digital-dub music duo with an insatiable passion for Jamaican roots music channeled through the sound-channels of software synths, beats and effects. The end result is liquid electronic reggae, perfect for club-soundsystems and iPod headphones alike.

Their debut album which came out toward the end of last year, “God Shuffled His Feet” has already garnered rave reviews. A heady brew of rolling bass, skanking rhythm and sci-fi sounds, the album features collaborations with a host of like-minded musicians including the amazing Zolani Mahola from local super-group Freshly Ground. Big things agwaan for these bwoys.

The tune, “Dred Bull Dub”, produced at the studio is an example of these guys at their best. Pon-da-rewind bassline dub that goes down on any occasion.

Sticking to Dub, arguably the forefather of electronic music, here’s a RBMA Radio show with the godfather of the genre, the mad genius Lee Scratch Perry. Recorded live at Primavera Sound 2010, its absolutely crucial.