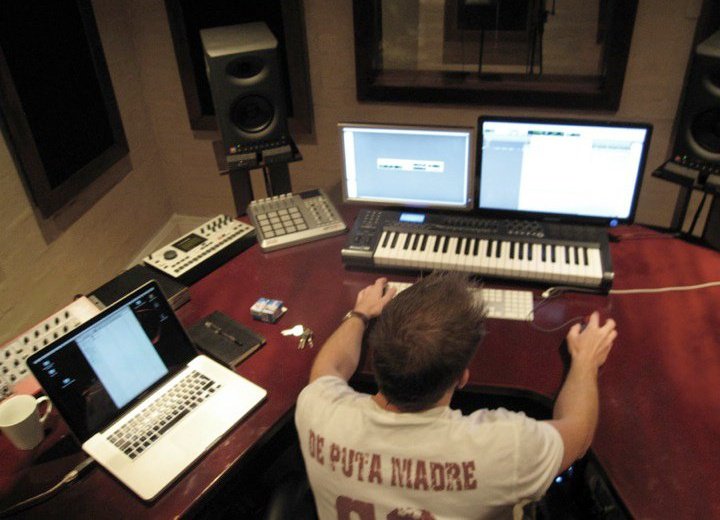 Steve Elsworth, aka Audiophile 021, is the head engineer at the Red Bull Studio in Cape Town and he is only part human. His human half is the friendly get-along guy that everyone knows and respects. You know the type; a stand-up chap, with a constant smile on his dial always willing to extend a helping hand.

But his other half is pure robot, automaton if you will, pulsing with mechanical energy, a stream of consciousness at several thousand megs a second and a river of our favorite energy juice flowing and pumping through his system. How else would he be able to have held down a 20 hour recording session for the Skillz That Paid the Billz project (more info on this to follow)? How else would he be able to spend his days in the studio from seven in the morning to seven at night, engineering sessions, and then head off to clubs and bars like Waiting Room and Fiction to play sets of downtempo dub and bashing minimal tech? And how else would he be able to produce “Triola”, downloadable below, a piece of genre-morphing swinging digital dub tech?

Then onto the Red Bull Music Academy Radio. “Electro” and “Minimal” have often been seen as opposites or even enemy genres, but both have their roots in the rich history of techno. Check out this radio show with the godfather of minimal, Richie Hawtin: