Album Review: The Watermark High – Loneliness As An Art Form 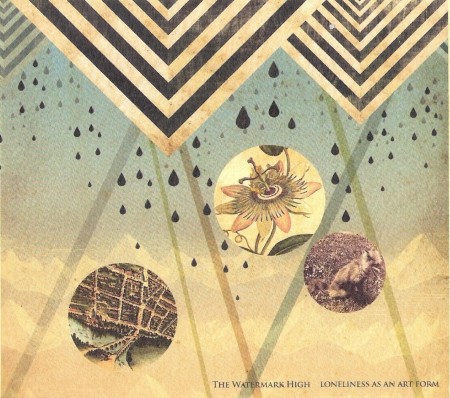 Genres are a necessary evil. The good ones help us organise music, so that if we want music with a particular kind of rhythm and melody we need only to look at artists in that genre to find something we probably will like. Think Funk, Reggae, Hip Hop, etc. The bad ones however just confuse you. Experimental is probably right at the top of the list of meaningless genres. By labeling music as experimental you simply acknowledge that it doesn’t follow any conventional musical paradigm, nothing more. Experimental music can range from deep droning synthscapes that seem to continue ad infinitum to raging guitars squealing in terror. In some cases it is possible to use experimental as a qualifier, as in, experimental hip hop. In some cases however experimental is the perfect tag for the music. Pretoria based The Watermark High is experimental and their debut album Loneliness As An Art Form is their experiment.

Read the rest of the review and grab the free downloads after the jump!

Combining both sampled and synthesised drums, the rhythmic base for the music is at times simple and straight rock, at others intricatetly programmed and very much electronic. The vocals throughout the album are gentle and linger within the melodies created by accoustic guitars, paino and synths.  If you could touch music, this would feel soft and fuzzy. Like a teddybear or … soft fuzz.  Guiding one through tracks are the soft drones of synth pads which adds to but also ties together the tracks.

I don’t need Serotonin is for me the stand-out track on the album, with it’s epic instrumental build-up which makes the second part featuing vocals feel like a different song.

As a whole the tracks on this album come together to form an aural entity that can be described as greater than the sum of it’s parts, as the saying goes. Cheesey saying or not, the album is cohesive thanks to the songs on it. No matter where I go, I end up me is a good example of one of those tracks which transforms itself from a crazy drum led piece to a simple melodic one.

The Watermark High - No Matter Where I Go, I End Up Me

To pick up the metaphor where we left off, if Loneliness As An Art Form is an experiment, then it surely is a success. Beautiful and at times haunting, the music on this album is not harsh but never dull. With this album The Watermark High has revealed its intent to create some of the most interresting electro-accoustic music that is being produced in South Africa today.

Finally, in today’s digital world one always needs a compelling reason to purchase music on physical media. The packaging for Loneliness As An Art Form is perhaps as beautiful as the music, with just as much attention to detail.  You can get your copy at shows as they are very limited in numbers, alternatively you can grab a free download of the album from the bands website (for a limited time only!)… www.thewatermarkhigh.co.za!

Technorati Tags: The Watermark High, Loneliness As An Art From, I Don’t Need Serotonin, No Matter Where I Go, I End Up Me