Posted on February 17 2010
by Richard the Third 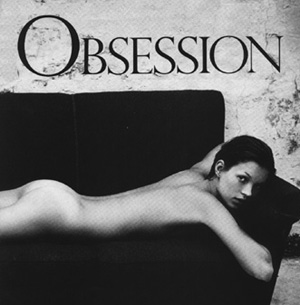 Both Popskarr and Gazelle are no strangers to Electrotrash. They are rather regular features, definitely two of the most prolific flag-raisers for local Electro. And certainly Gazelle is no stranger to the Red Bull Music Studios often popping in to collaborate with various artists and work on his much anticipated upcoming album. What you may not know is that pretty much all of Popskarr’s stuff was and still is being recorded at the Red Bull Music Studio. This collaboration was one of the most epic from last year, and the track itself a culmination of hundreds of recorded takes from singers Xander and Yannick. The title of the track, “Obsession” explains it in a nutshell: the feelings for someone that mutate from genuine love into something far more out of control.

Rather than feature a Red Bull Music Academy Radio show this week, I will direct you all to the Red Bull Music Academy website, as the Academy has been in full force in London for a week now. When I was at the Academy in Rome 6 years ago (and believe me I’m not dropping props for myself, I have a point), the likes of Goblin, Alexander Robotnick and Daniel Baldelli were speaking. I had no idea who these cats were, little did I know that they were of the main driving forces behind the scene that I would later embrace and the likes of Justice (who wholesale sample Goblin on “Phantom”) would not exist. My point is the Red Bull Music Academy guys are way ahead of the pack. So when you look at the list of lecturers you don’t often pick up on who the names are but you better pay attention.

As I walked into the Academy today I saw that the first lecturer of the day was DâM-FunK. Only a week ago Spoek Mathambo got me onto this guy, whose soul / funk / electro sound on Stones Throw sounds like Prince, Peanut Butter Wolf and Afrika Bambaata in a freaky menagois a trois. Who knows what other forward sounding ish is going to surprise me next. Keep your eyes peeled to the site: http://www.redbullmusicacademy.com/london

dirtyoldman here. The guys from Popskarr also sent us another track entitled the finish line. Grab it below!

Hipless Couples aren’t an 808 after all!
Rise Up with Don Diablo & Sidney Sampson