Album Review: Jacob Israel – This Too Will Pass

Posted on December 2 2009
by dirtyoldman 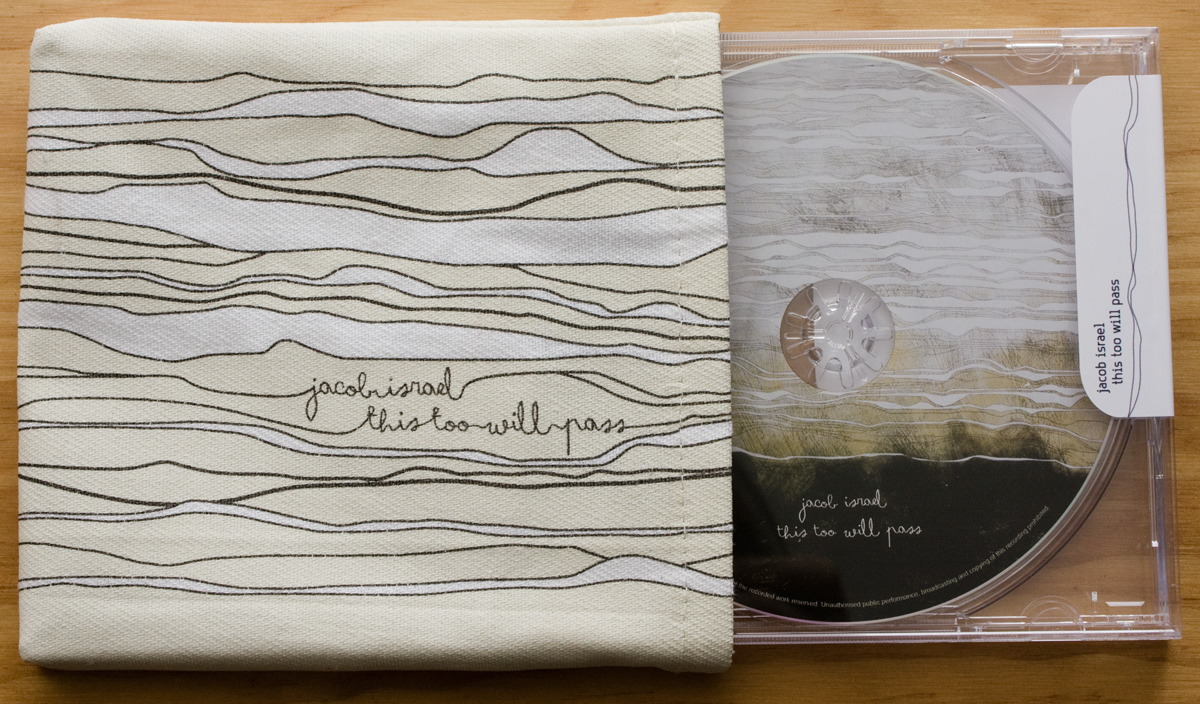 The first word that comes to mind upon listening to this too will pass, the latest release from Jacob Israel, is epic. The whole album can be described as a story told through the use synthesised sounds and butchered beats. Jacob Israel has mastered the art of lulling one into a false sense of security using melodic layers of strings and keys, before rapidly destroying any sense of calm and descending one into a pit of madness filled with howling synths and drums like gunfire.

Although melody has always played an integral part of Jacob Israel’s music, on this his third offering, he has taken things to the next level. Melodies are at times playful and simple, at other times almost overpowering and symphonic. Both strings and keys play a dominant role on this album. The music on this album ebbs and flows, building up from the most minimal of sounds to a soundscape of grand proportions and deconstructing itself back down again. This is complemented by Jacob Israel’s trademark schizophrenic drum programming, complete with manic drum rolls and beats which are anything but repetitive.

Read the rest of this review below as well as get a limited time download of think of someone you love, he’ll think of you.

The album opens with the larger than life glassface, which sounds like the theme song of some grand saga. It starts with what can only be described as a race between strings, synths and drums, before breaking down and slowly building up to the grand finale of sounds tearing past each other at breakneck speeds. think of someone you love, he’ll think of you starts out innocently with keys and strings at times giving way for a hint of noise before returning to the melody. Slowly drums enter the fray and the odd stutter appears. By the end chaos and melody are flirting with each other, creating a strangely relaxing environment. The almost child-like sounds on eulogy for a friend are reminiscent of a broken music box, warping the bells and chimes.

Other notable tracks include enoch, which has an almost oriental feel to it thanks to harps and light keys. Cherry blossom imagery included. Song of the bridegroom is all about the build up to a great drum march lead by singing synths. On soundtracks for salvation keys play a simple, but haunting melody accompanied by gentle strings. It is the subtleties and variations in the rhythm section that really make this track shine. Sinai starts off all frantic and synth driven before suddenly coming to an abrupt halt, leaving behind a simple melody on keys and strings which eventually fade away to atmospheric pads. The track sounds like the score of a great war which ended with the death of everyone. The title track builds up slowly, starting sparsely with strings layered over time until a squelching synth and mad drums pop out unexpectedly.

All in all Jacob Israel has managed to produce an album that transports you to somewhere else for an hour. Each listen returns finds of hidden layers and subtleties which one missed previously. It is well balanced, overpowering at times and at others simple, but never to the point of excess. The Jacob Israel sound is unique but never strange. Fans of Jacob Israel will love this album and for those who haven’t heard his music, this album is a good introduction to the weird and wonderful music mind of this Pretoria based producer.

The physical album itself is also a thing of beauty. The limited 250 run features hand sown & silk-screened covers and and a glass mastered disc. It is currently available at +27 Design Cafe in Pretoria and at The Street in Greenside, with possible Cape Town retail available in December. If you can’t get a physical copy, try emailing Jacob Israel and hope he can send you a copy or wait until he puts it up for digital download. We’ll let ya know where and for how much when he does.

This track will be available for a limited time only so grab it now!
Jacob Israel - think of Someone you love, he'll think of you

Technorati Tags: Jacob Israel, This Too Shall Pass, think of someone you love, he’ll think of you

Download Round Up
REMIX COMPETITION: HAEZER – Crack In The Wall