VEREVÜLFF mix from Atlantis To The Interzone

Posted on September 2 2008
by Rick Disco 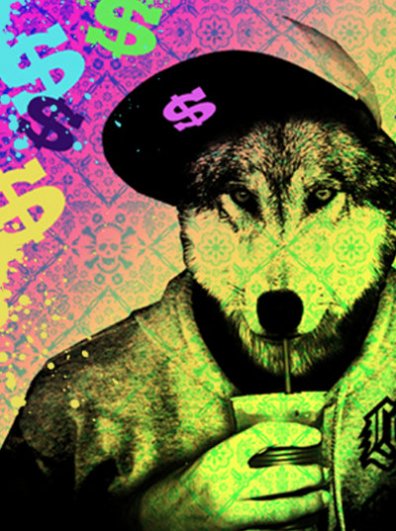 So this past Saturday, we jumped in the car and rolled out to CCHQ (Classic Corner Headquaters) for Atlantis To The Interzone! I was really looking forward to this party, having heard awesome things about the venue! CCHQ is one hell of an odd place, making for a great party with so many pretty things to look at. Unfortunately the turn out wasn’t as impressive as I had hoped but after a few drinks to warm us up, we jumped onto the dancefloor anyways. The DJ’s played a strange assortment of tunes and I found myself struggling to get into the groove. A young gent going by the name of VEREVÜLFF played a set that stood out in my opinion so I handed him a business card and got in touch.

VEREVÜLFF was kind enough to get his set from the evening nicely mixed for your enjoyment.

Read what he has to say about it after the jump! The mix is in our downloads area!

“I see this set as a logical progression through a few tightly woven genre’s, with the aim at slowly warming up the dance floor and gradually getting more intense and sweaty.

Starting with some programmed rock like CSS – Move and David E. Sugar – To Yourself.

Moving onto more synth tinged remixes by quite a few Australian producers Shazam, Lifelike, Presets and Miami Horror (they all seem to be capturing that late 90′s french house sound started by Motorbass, Etienne de Crécy, Thomas Bangalter, Bob Sinclair etc…) it’s the style I’m most fond of mixing at the moment.

Then moving onto a bit more fidget house and harder electro, fidget house had pretty much exhausted it’s surprise factor a few months ago, until Ed Bangers Mr. Oizo and Busy P. seemed to resurrect my interest in it most notably with Busy P’s Remix of Das Pop’s Underground. Jack Beats have also helped keep the genre exciting and there are 3 of their remixes in the mix.

I keep getting tired of fidget, and then something gets released which lights the spark again.

And to break away from the fidget and keep the set a little unpredictable there’s The Kills – Cheap and Cheerful (Sebastian Remix) and Chemical Brothers – Hey Boy Hey Girl (Soulwax Remix) some grinding tracks which the kid’s were getting into on the night (Atlantis To Interzone).

And finally some treats i like to drop in at the end of sets to give the crowd a release. Rick James always slays, and i can’t get enough of any Bowie, Fame just stuck as a great funk track, ever since I heard it used in Girl’s Yeah Right and it’s always nice to have a good quality track to leave people with and hopefully lure them in for aother listen to your mix (but maybe i just put it in for my girlfriend). “

Thanks a lot to VEREVÜLFF for this mix! You can get a hold of him through his Facebook fan page… here!

The mix can be found in our downloads area or from this convenient link:
VEREVÜLFF - Atlantis to the Interzone mix (1562)
It is about 91mb large, but totally worth it!