South Africa’s one and only “deep-space-champion-pop” band KIDOFDOOM will be returning to Cape Town this August for two exclusive shows with local electro-rock favourites UNIT.R

They play the newly renovated and now ready for the good times live music venue MERCURY LIVE on Friday the 1st of August with Cape Town based beat-mix master Magnum Hi-Fi.

The following evening they perform at the Klein Libertas Theatre in Stellenbosch with special guests from Joberg, DESMOND & THE TUTUS who will be launching their debut album. An added feature of this show will be the band members themselves taking to the decks after the shows to DJ the party through to dawn.

More about the bands after the jump! 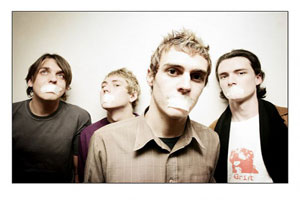 KIDOFDOOM have been stunning audiences with their epic-rock repertoire since 2006 and since the successful release of their self titled 2007 album ‘Kidofdoom’, they have been hard at work re writing their set to include tracks never before played live in Cape Town. Their new material is an essential step towards claiming their genre in this country with a noticeably more developed sound and a thrilling live performance, Kidofdoom are well on their way to establishing themselves as one of the great original South African bands. 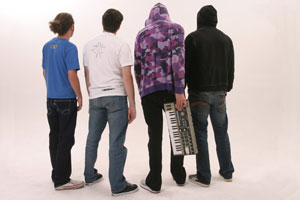 Since the launch of their 2008 debut album ‘Phosephenes’, UNIT.R have built themselves into an eletro-rock institution, freaking audiences nation wide with their kaleidoscopic rock rhythms. Graduating as one of the LEVIS Young Guns accompanied by a music video release for their single ‘It’s All About’, UNIT.R are now one of the headlining acts at this years Rocking the Daisies Festival in October.