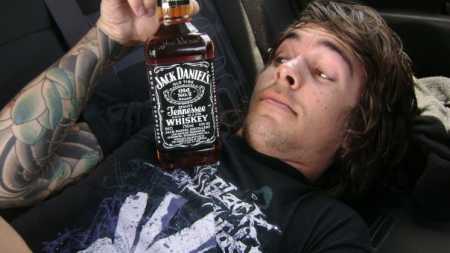 Early last year a friend of mine introduced me to a little-known musical project of a South African living abroad in that Global Village called England.

Experimental electronica with some deep IDM influences is the best way to describe The Navidson Records, Jaco Loots first available attempt at making music not aligned with the punk/hardcore scene.

Using samples from rain falling against an apartment’s window to the twittering of fuzzy birds, The Navidson Records was unusual. Tracks were fundamentally different; almost ambient loops on one, messy and distorted guitars and drums mixed with a synth, think Death From Above 1979 mixed with AFX’s Analord releases.

After getting back to good ol’ Cape Town, 22 year-old Jaco started experimenting with a different genre altogether. Influences such as Mogwai and other Post-Rock bands brought a change of style and name.

I was lucky enough to bag an interview with Jaco. Here it is boys and girls: Oceans & Cities!

Interview after the jump!

Jason D: Easy ones first; Location, age. kinda like Internet dating. Throw in your favorite cartoon character too if you don’t mind.

Jason D: How long have you been actively involved in making music?

Jaco Loots: Probably around 2003, the punk band days. From there it was numerous bands that never really worked out as planned, until I eventually decided to start my own projects. And the whole process that involved me learning and figuring out music on other levels started…

Jason D: Why the huge change? The Navidson Records and Oceans & Cities are hugely different in terms of mood and sound.

Jaco Loots: The Navidson Records, I felt was heading into a different direction of music than what I really wanted to do, although I didn’t know it at that point yet. Also, I was in London for the year and with all the Drum and Bass there it definitely influenced the music I was making. Then late 2007 I started with Oceans and Cities and concentrated more on not only what I wanted to make but what came naturally.

Jason D: What’s going to happen with the tracks released under The Navidson Records?

Jaco Loots: The only tracks released were the ones that were on MySpace at the time, my laptop was stolen last year, including all my music I had made up till around August last year. Although I was pretty pissed off, it also felt good in a way to be able to start off fresh again, music wise that is.

Jason D: How would you classify Oceans & Cities genre wise?

Jaco Loots: Ambient/Post-rock/Electronica
But thing is, it changes from song to song and one of my main concerns is to explore different sounds over time.

Jason D: Do you plan for any live shows or is this an exclusively studio based project?

Jaco Loots: For the time being this will be a studio-based project but I’m thinking about putting a live show together when I have a full album.

Jason D: Are there plans for an EP or album on the horizon?

Jaco Loots: I’ve released an EP online; all the songs are up for download.
I’ll continue putting new songs on there until I have a full album. Over time the whole album will be up for download for free. I’m not looking into making any money out of this, purely just for having the pleasure of making music and then of course I couldn’t be more stoked than if people enjoy listening to it.

Jason D: What would you say is the driving force behind Oceans & Cities? What makes you want to make music?

Jaco Loots: Oh man! I couldn’t function without making music; I’m always walking around playing beats with my fingers and hands, mumbling notes in my mouth. Also to add music to what is available locally, and there is always the need for something fresh, especially now with this generic shit that they play on MK. Not all of it though, there are some amazing original bands in South Africa but they are definitely outnumbered.

Jason D: What equipment are you using these days and what would be your ideal equipment for Oceans & Cities?

Jaco Loots: Jackson and Epihone guitars, Johnson bass (thanks Francois), pedal is Boss Me-50, then this midi board (far from of the line) for the rest of the sounds. I record and run everything through Garageband at the moment but looking into finally getting my hands on a copy of Reason and Cubase, but don’t misjudge the Garageband.

Jason D: Why should peeps listen to Oceans & Cities?

Jaco Loots: Because creating the music is driven by the need to want to create something fresh and honest and not wanting anything in return, but for the listener to enjoy it, and then of course wanting more.

Jason D: Any shout outs or beat downs to throw out?

Jaco Loots: Thanks to anyone who has ever taken time to listen to a song and even greater thanks if you downloaded. Feel free to share, use and abuse my songs, just let me know.

There you have it kids, the first Oceans and Cities interview. Get over to his MySpace and grab those tracks ASAP! They’re mind-blaringly beautiful while still jam-packed with energy.

Jason D, over and out! 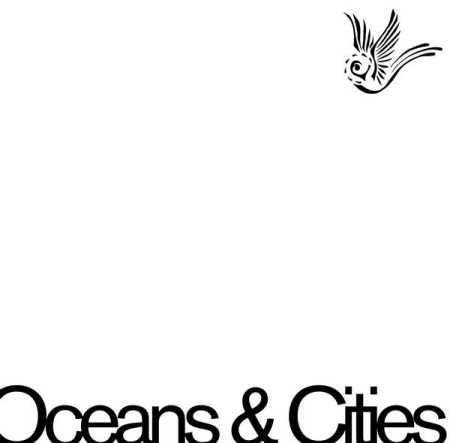