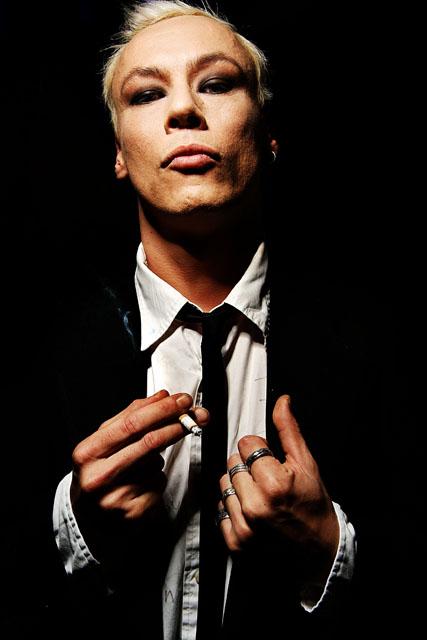 Vinyl EP release on Mote-Evolver to be won.

FOEM, the netlabel and talent pool, is hosting an international remix contest with the London based techno legend Luke Slater. The winning track will be released on a vinyl EP on Luke’s label, Mote-Evolver. Entries are welcomed from any talented producer. The contest is running from April 1st to June 30, 2008 on the FOEM website!

Read more about Luke Slater as well as the competition after the jump!
Since the late 80s Luke Slater has been a well-known name on the international techno scene. He has released on numerous labels and under various pseudonyms, including the alias “Planetary Assault Systems”. Slater has a distinctive style both in his original work, and in his remixes of artists such as Depeche Mode, Ken Ishii, Alter Ego, Slam, Ballistic Brothers, Joey Beltram and Kenny Larkin. He is famous for his exhilarating live performances, and is currently preparing a live show that pushes
the boundaries of techno, featuring a live electronic band. Luke often DJs at London favourite “Fabric”, as well as internationally, and he is looking forward to taking his new show around the world.

“Head Converter” was released in late 2006 on an EP of the same name. Luke’s own vocals are featured on the track, as well as live percussion. The result is an explosive mix of electro and drums. The winning remix will feature on an EP to be released later in the year on Mote-Evolver, the indie label Luke founded in 2006.

FOEM has run many successful remix contests in recent years, together with musicians including Rob Acid, DJ Misjah, Gabriel Ananda and Let’s Go Outside. The contests attract hundreds of creative entries from international musicians. DJ Misjah recently commented on the success of his FOEM contest, saying “I would definitely do it again. Some very interesting mixes have come out of it and I can’t wait to see the EP released”.

More detailed information about the contest can be found at www.foem.info

FOEM is an independent A&R agency, promotion agency, licensing agency, talent resource and netlabel, founded in 2003 in Cologne. FOEM is driven by people in Germany, Holland, the UK, China, the USA and Romania. Many thousands of musicians belong to the community.