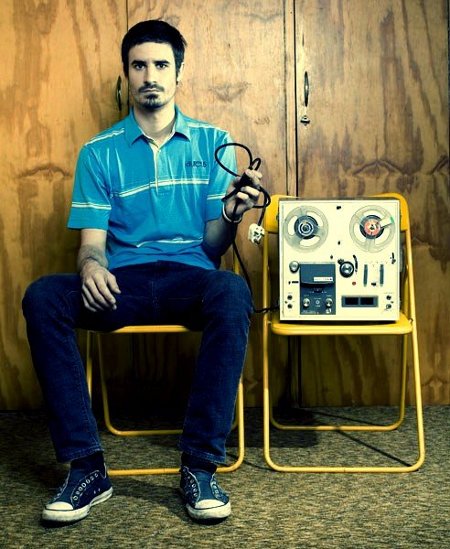 Yesterday’s Pupil is the solo project of Pierre-Henri van Pletzen (Peach). His debut live show was on 18 October 2007 and he has been performing actively ever since.

He recently did his first international tour of Poland where he performed in over 6 cities. He also had the privilege and honour to perform for the Embassy- and the Ambassadors of RSA in Poland at the Intercontinental Hotel in Warsaw.

Upon Peach’s return from Europe, inspired he immediately went back to the studio to continue recording and production on his debut album “Errors of Enthusiasm”.

He recorded and produced the Album himself at Sleeproom studio in Pretoria. He also played all of the instruments but occasionally brought in musical friends to come and lay down some magic. Additional musicians on the album include Richard Brokensha (kidofdoom/Isochronous). Barend Pieterse (kidofdoom/Shu) and guitar virtuoso Nathan Smith!

The album doesn’t fall in one genre or in any specific genre for that matter. Yesterday’s Pupil is not a genre driven project – it can be Electro the one day and blazing Rock the next. So expect a lot of variation on the album.

Yesterday’s Pupil is a one man producer whose electronic music making abilities can only be described as “futuristic”. Deeply complex electronica combined with traditional rock percussion, simplistically smooth vocals with an only slight but noticeable influence of late 70′s rock and early to mid 80′s synth-pop, all convening together to make music which can only be expressed as “the next logical step for the genre”.