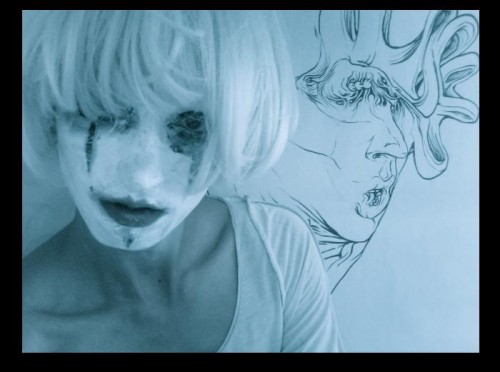 Witchboy is the  witchhaus alter-ego of Nikhil Singh of THE WILD EYES. Formed in the online vortex of the Witchbook and LOS7 ▲NGLE55 underground, which Mishka Bloglin (alias NATTYMARI) describes as :

a virtual nanoscene, complete with a mainstream of its own. For a microgenre of music that can probably only boast at most 10,000 worldwide fans, it is  pretty intricate stuff.  As if grown from a petri-dish containing music industry DNA, the little Witch House sub-scene keeps growing at an enormous rate.  (source )

The new Witchboy material can be described as NECRO-ELECTRO, exploring new electronic rhythms forged in the rapidly mutating sphere of the Witchhaus underground. Nikhil Singh is also a published artist, and his recently published graphic novel SALEM BROWNSTONE is available online and from all good bookstores worldwide. Songs featured on the soundcloud will eventually culminate in a solo release of selected tracks.