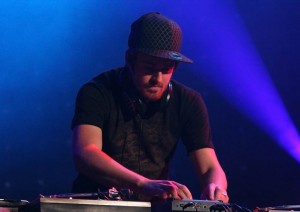 The Title of South African DJ Battle Champion 2002, is just one of Sibot’s more conventional achievements. This versatile DJ / Producer has been involved in ground breaking collaborative projects since his music career begun in 1998 with SA Hip Hop Band Max Normal. He has featured in multiple acts since then including Playdoe, The Real Estate Agents, Closet Snare, The Constructus Corporation and Chromoscience.

Through out Sibot’s career he has always pushed the envelope. He has never settled for the easy way, and always maintained his core ideals. His directions have been multiple, blurring the boundaries between Hip Hop and Electronic Music, between live and DJ.

His second solo release ‘In with the old’ was released in 2006 and was welcomed from all corners, as truly a sound that is uniquely Sibot’s. The album has spread way further than we could have ever imagined, from hard drive to hard drive you will find it from Nelspruit to New York, Port Elizabeth to Paris.

Live, Sibot has performed most major festivals in South Africa and countless gigs, from street parties to corporate awards ceremonies. Internationally the has been invited to festivals such as Sonar, Spain and Pukkelpop, Belgium and club gigs from the UK, France, Holland to The Reunion Islands.

Spreading his talents to the world of advertising and brand representation, Sibot has compiled some of the freshest music for television. With 2 Gold Loerie’s to his name, his recent clients include Adidas Global, Sasol, Metro FM, Cell C, Levi’s, Hyundai and WonderBra, BMW and Nokia.

His latest collaborative project Playdoe has been touring EU & UK frequently over the last year and has recently picked up by Prodigy’s A&R guy Nick Halkes, so things look to sky rocket…shortly!

All in all it is hard to find someone in this country with this much talent and this much drive. As a solo or collaborative artist Sibot stands out from the rest as one to lead the way as South African Music in all its forms comes in to its own.