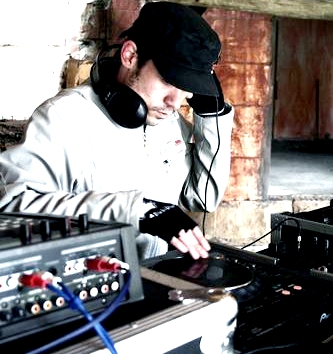 Richard the Third is a Jozi based DJ whose style has been described in SL Magazine as a “gluttonous mix of pop and electronica”. If you’re on the dancefloor at bar/clubs such as Tokyo Star, 88, Carfax, Fuel or other such haunts, and Rich is on the ones and twos, expect such revelry to go down.The Third, as he is sometimes called, cut his teeth as a hip-hop producer making beats for the likes of Hympahtic Thabs, Waddy Jones and Tumi Molekane. He later went on to work in the film and TV industry making jingles and designing sounds to picture. His solo music production, sometimes under the alias Safe Mode, is much like his DJing style: a blend of quirky electronica, hip-hop beats and thumping dance-floor influences, and has appeared on numerous compilations such as Breathe Sunshine vol 2 and Dub Vaults vol 2.

After attending the Red Bull Music Academy in Rome in 2004, Richard knew he needed to be a DJ. He believes that the days of one-genre dance DJ superstars are over. Influenced by overseas scenesters such as Diplo, Soulwax and Simian Mobile Disco, and local heroes such as the Real Estate Agents and Joburg’s indie/electro spinners, he likes to mix in popular radio friendly tunes, remixed to give them a twist, eardrum banging electro and low-slung hip-tronica. He has also remixed local artists and bands such as 340 mils and Mtkidu, and made his own mashups such as Felix Laband over Michael Jackson, to give his sets a unique flavour.