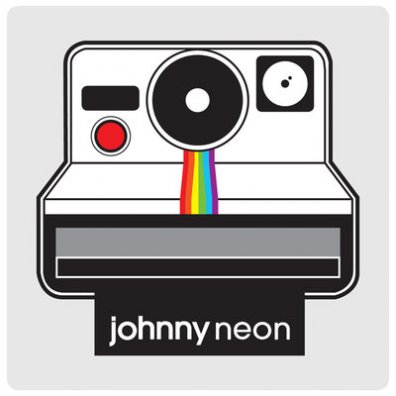 Johnny Neon is the persuit of pop culture nightmares and vintage electronics. A future hybrid of art wave electro-sex deathpop. Started in Cape Town by Johnny Kotze around 2004. The sound has evolved from a diverse influence of music accross all genres. From pop to rock to punk.

Johnny picked out his 7 favorite songs, presenting them to the world in the exceptionally well-received EP, a forty minute electro-rock aria, which showed Johnny Neon exploring a mix of synth-pop melodies and art-punk aesthetic. Johnny released the album independently, lovingly packaged in his own designs and hand-printed by One Minute Trolley Dash’s Righardt Kapp.
Moving to Johannesburg in October 2006, the change of scenery forced him into action: he transformed Johnny Neon from a studio-only affair, taking an album recroded and produced in a one bedroom space into a live act. Recruiting prominent local dancepunk DJ and creator of popular Sovereign Academy, Ben Rausch, helped him in this task. Together, the two adopted the moniker Johnny Neon, bringing the electro flavour of the Hot Lips EP to live audiences.
The duo decided to keep their setup entirely electronic: no drums; no guitars; no nothing. The result is a stripped down and focused electronic project featuring two mics and a multitude of analog synths, sequencers and a backing track. Dadaesque visuals complete the live experience.
Johnny Neon played their first live set in late November 2006 at Fuel Cafe for the official after-party of the “Night of 1000 Drawings” Exhibition. They played to a packed out crowd alongside established electronic artists Jacob Israel and MT KIDU. In mid-December, the two played their 2nd live set at Tokyo Star’s Riot DiscoTech: the first live act to be featured at one of Johannesburg’s most progressive parties.
Being proficient enough to impress audiences with only two live sets, Johnny Neon begun 2007 as one of the most hyped bands in Johannesburg. Their edgy sound, unique set up and live performance led to a flurry of bookings and a flood of interest. Deciding to play only where they feel the crowd would be the most appreciative, Johnny Neon have accepted only a handful of bookings including events like “The Secret”,”Riot Live”,“Shut Up! I’m Dancing” and headlined the most recent “Sovereign Academy” event “Sovereign Neon”.
Johnny Neon also embarked on a very sucessful five-date Cape Town tour alongside Kidofdoom at the end of March and start of April. The tour was highlighted by an anarchic performance at EVOL and also saw the bands playing Roosevelt’s, Zula, Mecury Live and Indie Armchair with other popular acts Unit.r and Lark.
In the few months they have been active Johnny Neon have also attracted considerable press attention, being interviewed by Music Industry Online (www.mio.co.za) and Blunt Magazine as well as licensing their track, Dance on Fire, for use on the complimentary CD provided with the February issue of SL magazine. The track is also being used alongside the new track ‘Magazine’ to be featured on the Levis album. This CD will be played in stores around the country. In June the band were the subject of a three page article in the ground breaking Cape Town-based pop culture magazine, One Small Seed. In a very young environment for electronic music, the tracks Laserkill got radio play on 5FM alongside Johnny Neon, featured as the act for local props, the track Dance on Fire was play-listed on numerous stations and reached number one on Cape Town’s MFM and Johannesburg UJFM top 40. In early 2008, Johnny Neon also appeared on national television shows for interviews and performances, such as KA DA on SABC 2 and NOTED on SABC 3.
Johnny Neon are currently working on finishing material for their first full length album – a self-titled CD/DVD package that is planned for release in early 2008. They have also finished their much anticipated music video, which is due for release in February 2008.